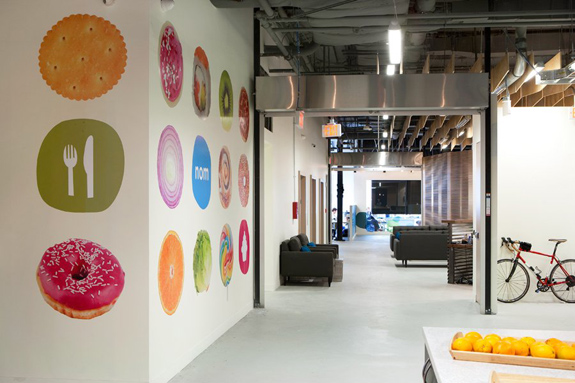 In two big twists, LivingSocial said so long to its “Instant” deals product and its co-founder on the same day.

The number-two deals service aborted its location-based Instant deals product and replaced it with a food takeout and delivery offering Thursday. The same day, CEO Tim O’Shaughnessy emailed the staff to announce the departure of Eddie Frederick, company co-founder, one-time president, and now former board member.

“The email being circulated on some blogs is authentic, and Eddie is leaving the company,” a spokesperson confirmed to VentureBeat.

LivingSocial, the Facebook app-maker turned powerhouse purveyor of deep discounts, was started by O’Shaughnessy, Frederick, Aaron Batalion, and Valeriy Aleksenko in 2007. Late last year, the burgeoning startup closed a $176 million round of financing for a grand total of $808 million in funding. The Washington D.C.-based startup made $245 million in revenue in 2011, but closed its books with a $558 million net loss, according to financial information it shared with Amazon.

Instant, launched one year ago, was LivingSocial’s attempt to capitalize on consumers looking for immediate, nearby deals on their mobile phones, and is similar in nature to competitor Groupon’s Now service. From the sound of the company’s own statements, Instant appears to have been dead on arrival.

“Consumers aren’t pulling their phones out to search for the nearest real-time discount on a car inspection or framing service,” takeout product manager Greg Mazanec said in a statement. “They are, however, looking for a faster and better way to order food from their favorite local restaurants.”

Takeout & Delivery, as the replacement offering is called, instead enables members to order food for carryout or delivery, and turns instant gratification into a more intentional activity than a serendipitous one. The takeout product is now available in 26 U.S. markets and will compete with existing players such as Seamless and GrubHub.

Meanwhile, O’Shaughnessy delivered the news Thursday that Frederick was not only stepping down from his leadership role, but also relinquishing his position on the board. Despite the unusual move, both O’Shaughnessy and Frederick couched the departure in the pleasantest of terms.

“Today I’m writing with a little sadness and a lot of gratitude to let you know that Eddie Frederick will be stepping down from his current position on our leadership team and our board and moving on to new challenges and adventures,” O’Shaughnessy wrote in the internal email. “On every decision, Eddie framed it with a binary question: Does this help us win? And he usually helped us get the right answer.”

“Thanks Tim for the flattering send-off,” Frederick said in his response. “Wanderlust aside, the opportunities in local ecommerce are enormous and I’m more confident than ever that livingsocial has just the right team to capitalize on them.”

The digital hugs and kisses should be read with some healthy skepticism. If all were fine-and-dandy at LivingSocial, it’s unlikely that Frederick would completely walk away from a company he co-created, especially considering that talk, prior to the startup’s latest funding round, was that it would IPO. But maybe we’re being a bit too cynical, as we’ve heard that this was a friendly departure.