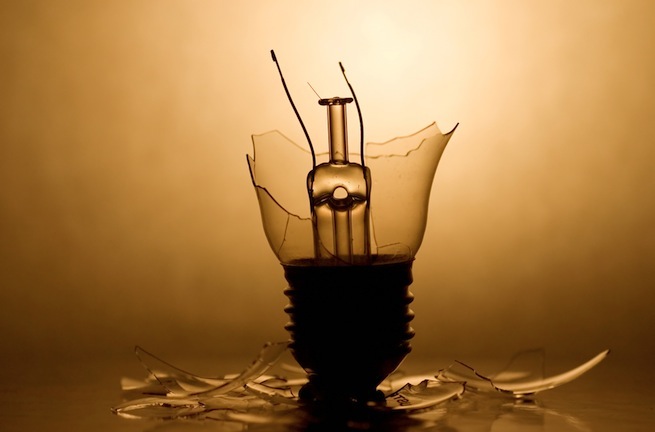 After months of devastating setbacks, wireless network startup LightSquared is considering filing for bankruptcy, according to founder and hedge fund manager Philip Falcone on Wednesday.

Falcone, who’s Harbinger Capital Partners is majority owner of the wireless startup, said bankruptcy could help salvage LightSquared by providing more time to deal with its many problems, reports Reuters.

LightSquared’s business strategy involved building out a high-speed wireless network that would generate revenue by selling network access to outside companies, such as Walmart, Best Buy, and others.

Back in February, the Federal Communications Commission (FCC) rejected LightSquared’s plans to launch its LTE network due to concerns that it would interfere with both commercial and military GPS technology. Because of this development, Leap Wireless has decided to buy future LTE connectivity for its Cricket prepaid service from Clearwire, another troubled wireless company (of which Sprint is the largest stakeholder). Earlier this year, LightSquared client FreedomPop also decided to go with Clearwire.

But by far the biggest setback for LightSquared came in March after its $9 billion 15-year agreement with Sprint-Nextel to build and host its LTE network fell through.

The startup reported a $427 million net loss in the first three quarters of 2011, which intensified due to missed deadlines of its network build out. LightSquared’s creditors are currently debating whether to default on a $1.6 billion loan, according to the report.

Filing for bankruptcy, Falcone said, wouldn’t necessarily wipe out the startup’s equity holders, who could leverage its highly valuable portion of wireless spectrum.

At this point, it seems overwhelmingly obvious that the dream of LightSquared is dead. All of the startup’s major clients have terminated their agreements. Its network is essentially worthless due to GPS interference as well as a vote of no confidence from federal regulators. And now, Falcone and the other LightSquared owners are theorizing about ways to recuperate a portion of the massive losses —  not how to resurrect the company.