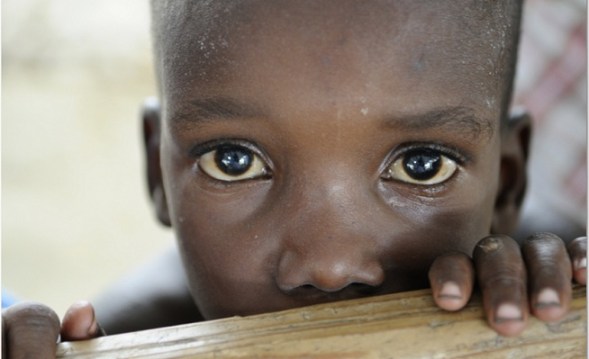 A cursory glance through the top apps in the Apple App Store or Android Market reveal solutions to a variety of first world problems – from shopping dilemmas and cooking catastrophes to simply too much free time. But with so much technology out there to make our lives easier and more entertaining, what about some that address real problems, like a solution for world hunger, an app for purifying water, or a tool that gives a voice to those who have been silenced?

With 1.7 billion people around the globe living in absolute poverty, 2 billion living under censorship and 6 million children dying of hunger every year, we have some real demands to meet. The numbers are grave, the challenges immense, and yet many of the most capable minds in Silicon Valley are focused not on solving real problems, but on … games; not on impacting those who desperately need aid, but on being number one in the App Store; and not on making a difference, but on turning a profit.

It’s time we took a cue from innovators such as the duo behind MobiCrops, an app aimed at eradicating world hunger. New Jersey Institute of Technology graduate students Daniel Boston and Manoop Talasila developed the app as a tool to enable farmers around the world to communicate better, therefore improving their efficiency for planning and growing crops for those most in need.

“Our first goal is usually to solve the problem, not make money,” the students said.

It’s this mentality that should serve as our guide as we launch start-ups and build business plans. The world doesn’t need another mind-numbing game. It needs solutions like the ones the NJIT students devised. Once you identify a true problem and develop a means for addressing it, the money will come.

One of my heroes is Nobel Peace Prize winner Muhammad Yunus, the founder of Grameen Bank which provides microcredit loans to the poor. What started as a $27 loan from his own pocket to help 42 impoverished, Bangladeshi women turned into a viable business model that inspired similar efforts across the world. As they say, “do well by doing good.”

My childhood friend and I decided to follow that mantra when we created a tool called Hotspot Shield to help people stay safe and private online and, more importantly, gain access to blocked content in areas of the world where information is either scarce or heavily censored. From where we stood, freedom of speech and access to uncensored information is a basic human right, one we often take for granted here in the U.S. Over the years, the tool took on a life of its own, most recently helping a million Egyptians communicate, rally behind a common cause and ultimately overthrow a corrupt dictator. First came the idea, and then the profits.

The opportunities for business that do social good are endless, and we’re seeing a new breed of entrepreneur emerge to bring these ideas to life.

Just take a look at Better World Books, which has donated millions to global literacy initiatives since launching in 2002. Based in Indiana, the company is a reminder that innovation is springing up outside the typical tech zones. A shining embodiment of the “triple bottom line” – positive impact on environment, community involvement and engagement and sustainable, responsible business practices – Better World’s impact has skyrocketed almost as quickly as its revenues. The company took in $55 million in 2011 and donated close to 5 million books.

Then there’s angel investor-backed Academic Earth. Founded by Richard Ludlow, a Yale grad who married his entrepreneurial spirit with a desire to do good, the company launched in 2008 with a mission to provide free access to high quality education. Sustained by ad sales and affiliate marketing, the company delivers a precious commodity so far out of reach for much of the world’s population.

Switching gears from education to one of San Francisco’s favorite topics – food – we turn to CleanFish, an eco-friendly, Bay Area-based company that recognized the need for sustainable seafood in mainstream supermarkets and restaurants, and jumped on it. Since launching in 2004, company founders Tim O’Shea and Dale Sims have connected dozens of small suppliers lovingly referred to as “the CleanFish Alliance” with larger markets for their sustainably harvested catches. Within just a few years of launching, the company hit the $20 million mark.

And who can overlook the darling of the socially responsible startup world, TOMS shoes. Dreamed up by serial entrepreneur Blake Mycoskie on a trip to Argentina, TOMS pioneered the “One for One” model: for every pair sold, TOMS donates a pair to a child in need. Not only has the shoemaker donated more than a million pairs of shoes to impoverished kids around the world, it’s become a wardrobe staple across the country at the same time.

It’s time for more innovators to shift their focus to creating tools to effect fundamental social change in the world, a new way of thinking that can engender a fairer world revolving around equality, innovation and freedom. All too often, the idea of doing good and making an impact is an afterthought, when it can be the main driver behind a sustainable, profitable business.

So what’s missing and why haven’t we seen a greater swing toward entrepreneurship around social good? It seems that the shift in thinking isn’t fully complete. As Yunus said, “My greatest challenge has been to change the mindset of people. Mindsets play strange tricks on us.” Those with the desire to effect social change around the globe are still looking at it as a form of charity rather than an exchange of goods and services. And many entrepreneurs looking to create the next big app, service, tool, etc. to turn a profit aren’t tuning in to some of the most obvious markets out there.

Smart entrepreneurs with a desire to do good will recognize this massive yet often-ignored marketplace and create solutions that will reshape the tech landscape. We put so much effort into launching these great companies; we might as well do something that has a real impact.

David Gorodyansky is CEO of AnchorFree, which makes Hotspot Shield, a privacy shield for internet users around the world. He co-founded the company when he was 23, with a belief that all users should be in control on the Web. He was named among the top CEOs under 30 years old by Inc. Magazine, CEOUnder30.com, FastCompany, Red Herring and other publications. He also runs a blog on Forbes.com, where he shares his passions about technology and innovation, and served on the Technology Advisory Council to Gavin Newsom, the former mayor of San Francisco.