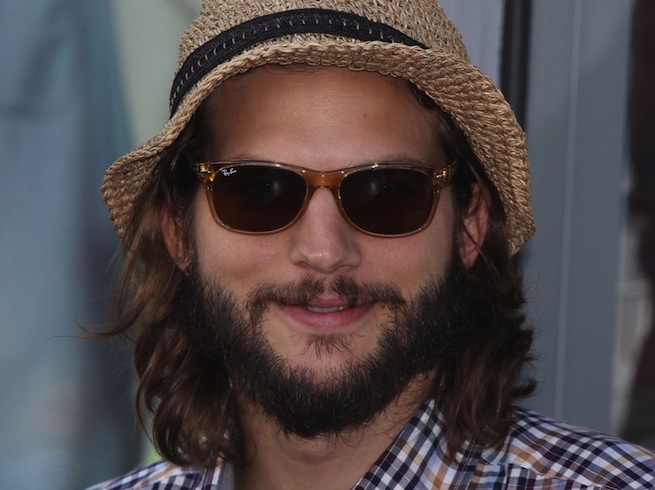 Ashton Kutcher is a well-known celebrity investor in Silicon Valley, but many see him as just a marketing ploy, an attention-grabbing name. However, Kutcher could be more than the dimples that move product off the shelves.

When Kutcher first came on the investing scene, many were skeptical of his Silicon Valley chops. He didn’t have a technical background, other than his unfinished time as an engineering student. He didn’t have a business background. He did, however, have cash, so companies fell in line. Can you blame them? I mean, look at that face. And with That 70s Show and The Butterfly Effect on his resume, he obviously had the perfect recipe for a well-seasoned investor.

This past week, payments company Dwolla officially announced Kutcher as an investor in its latest round of funding. Earlier this year, Kutcher invested in Gidsy, a Berlin-based “Etsy for experiences.” He’s also put money into AirBnB as well as Zaarly, Hipmunk, and Kevin Rose’s small startup Milk, which got acqui-hired by Google last month. He’s also an investor in Fab.com, the insanely fast-growing daily deals site. Oh, and he might be playing Steve Jobs in an upcoming movie about the Apple cofounder. In other words, Kutcher gets around Silicon Valley.

Founder Ben Milne and the “Two and a Half Men” star sat down for a video interview on Silicon Prairie News (fun fact: both Dwolla and Kutcher were created in Iowa). There, something amazing happened: Kutcher revealed himself to be really smart.

Kutcher, who started investing five years ago through his fund AGrade, talked about investing as if he was an entrepreneur straight out of Stanford — like every other person you meet in the Bay Area. More noteworthy than his ability to throw down local jargon,was his honesty about not knowing all of the tech landscape. He explained that he was a consumer guy, a product guy. He looks at each investment from the same angle he looks at his acting roles.

“I break down a product the same way I break down a character I’m going to play. I try to get inside the mind of that person — the user, the consumer — and figure out why they’re doing something and what they want from it,” said Kutcher. “I spend a ton of time just using stuff and giving that feedback.”

The companies that tickle Kutcher’s fancy are the ones that solve “real-world problems,” things he might face in any given day. He even admitted that enterprise and business-to-business startups really go over his head. It shows. His latest investments have been in Airbnb, Zaarly, Hipmunk, Skype, Fourquare, Fab, and Spotify. It’s also worth noting that you’ve probably heard of every single one of those companies.

“If you look at what’s happening with Occupy Wall Street…you go okay, well it’s all fine to carry a poster…but who’s actually doing something to solve that problem?” Kutcher said, “When I was introduced to Dwolla, it actually presented a real world solution to an antiquated architecture. To me that’s a really attractive company.”

Kutcher is also active in his companies’ day-to-day. According to Milne, Kutcher talks with him via Skype often. He recalled pitching the actor in his father’s garage one day after reconnecting at a Startup Weekend event. The Dwolla founder came clean and admitted Kutcher’s name popped off the page of 400 potential investors he was given, but believes Kutcher adds more than just celebrity.

“Let’s be just honest about something. When [his] name shows up on a list it sticks out,” said Milne. “I know that Ashton as an investor is brilliant, and it took me awhile to understand that because I didn’t know anything about [him].”

Milne said he called Bo Fishback, founder of Zaarly, to see “what was the value,” and quickly discovered that “Ashton is absolutely brilliant on product.” During the pitch the two argued about Dwolla’s product and discussed focus using a white board. It seems Kutcher really is just a product guy, wrapped in a actor suit, lined with a lot of money.

“My ideas are just ideas like anybody else’s,” said Kutcher. “Some of them may be bad.”