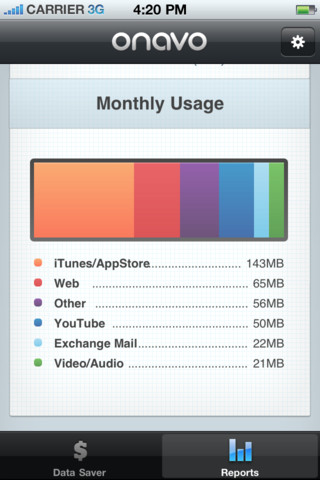 Onavo is opening up its data compression app, Onavo Extend, to even more iOS users today. The company announced this morning that the app is now available for the new LTE iPad and the iPhone 4S on CDMA networks like Sprint and Verizon.

The news doesn’t come as a huge surprise, since Onavo has been working to fill in the gaps in its data compression coverage over the past few months. In February at Mobile World Congress, the company released Onavo Extend for Android 4.0 devices, the first app to enable its data compression technology on Android.

The Onavo Extend app (formerly just called Onavo on iOS) compresses just about everything that goes through your device’s cellular network. It’s especially relevant now as unlimited data plans are dying off, and consumers need to keep a closer eye on data caps.

Best of all, the app doesn’t require you to do much beyond installing it. You can toggle the compression capability on and off, but otherwise Onavo does its job in the background, while periodically sending out useful savings alerts. The company credits its implementation of Urban Airship’s push messagingas a big reason for why it went viral.

Onavo is based in Tel Aviv, Israel, and has raised a total of $13 million from Horizon Ventures and Motorola Mobility Ventures. The company won top prize at our MobileBeat startup competition last year.