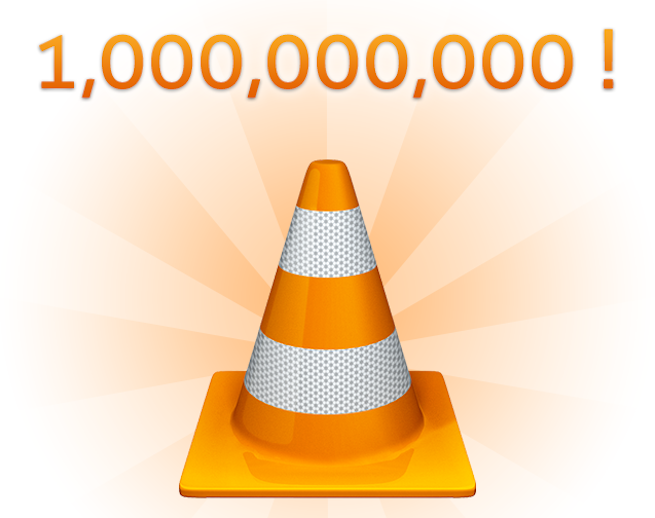 For those who aren’t familiar with it, VLC is a free and open source cross-platform multimedia player that plays most multimedia files as well as DVD, Audio CD, VCD, and various streaming protocols. VLC works on Mac OS X, Windows, and most popular Linux distros, and has support for iOS. It’s kind of like a Swiss Army knife for video and audio in the sense that you can play virtually anything with it by downloading the proper codecs.

The official number of downloads was 1,005,143,569 from late February 2005 through the current day. The stats show a large uptick in downloads across all platforms with the launch of Version 2.0.1.