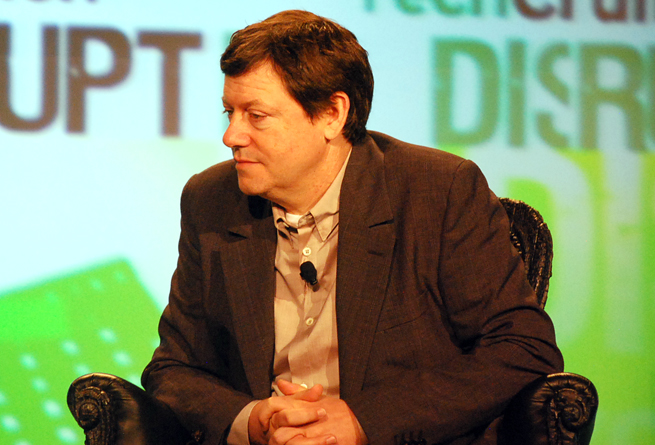 Fred Wilson, managing partner at Union Square Ventures, shed some light today on why his VC firm invested in search engine startup DuckDuckGo, even as it pales next to Google and Bing.

DuckDuckGo has seen incredible growth in the past few months, and it doubled traffic from 500,000 searches a day in December 2011 to 1 million searches a day by mid-February. Union Square Ventures is one of the few investors in the search engine.

“We didn’t invest in it because we thought it would beat Google,” Wilson said today at TechCrunch Disrupt conference in New York. “We invested in it because there is a need for a private search engine. We did it for the Internet anarchists, people that hang out on Reddit and Hacker News.”

Recent Experian Hitwise numbers suggest Google has about 64.4 percent of the search share, with Bing at about 30 percent. That means other search engines fight for about 6.6 percent of the remaining share. Wilson said DuckDuckGo could become a top 5 player in the search engine category because of its steep emphasis on privacy.