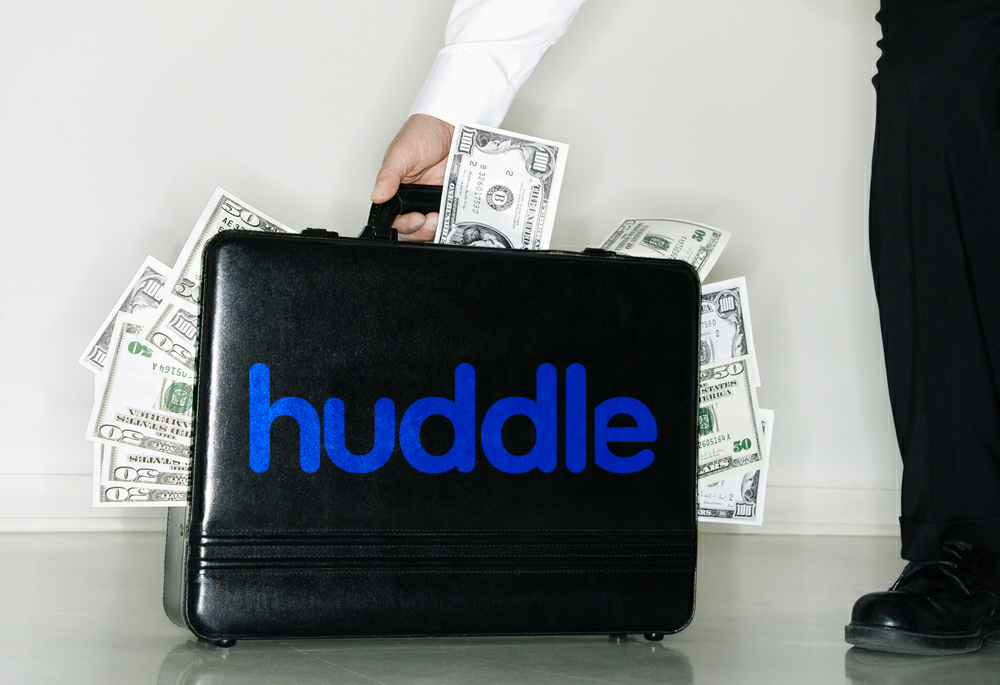 Huddle, the startup that’s bringing simple tools for collaboration to huge companies around the world, has just sealed a sweet deal: $24 million in new venture capital.

This is Huddle’s third round of institutional funding. Jafco Ventures led the round, with participation from DAG Ventures and existing investors Matrix Partners and Eden Ventures.

“This is all about growth — international growth,” said Huddle co-founder and CEO Alastair Mitchell in a call with VentureBeat. “We operate in about 180 countries worldwide, and we’re getting such a huge demand from our customers.”

Outside the enterprise, many folks aren’t too aware of the Huddle brand. However, the company’s products have found homes at more than 100,000 organizations around the world, from NASA to Procter & Gamble. Huddle tells us its client list includes 80 percent of the Fortune 500.

In short, Huddle is going after (and successfully catching) the biggest of the big fish.

Mitchell said part of the $24 million will be used to expand Huddle’s offices in the UK as well as stateside in San Francisco and New York City. The startup plans to be 200 employees strong by the end of this year.

“We’re a pure enterprise platform for collaboration; we have over a million business users using our product — everything from media-type businesses to government organizations,” Mitchell continued.

“It’s driving huge revenue growth for us. If you think about it, you can grow really fast in a big organization, from hundreds of seats to thousands of seats within a year… and across the firewall, outside the organization, as well.”

While much of Huddle’s growth within large organizations has been due to viral, bottom-up adoption by small teams and early adopters, Mitchell said the startup is seeing a top-down adoption effect, particularly over the past two years. “Now, we’re also being pulled in by CIOs who want to change how their executives collaborate,” he said.

“This year, basically, it’s all about the rollout of Huddle to larger and larger organizations and helping them work more seamlessly,” said Mitchell. “It means more platforms, more mobile devices … more easy ability to manage and work with thousands of people.”

This means better tools for more complex team structures, of course, and Mitchell said this will require the Huddle team to focus on the “intelligence engine,” that is, the part of Huddle that “works out what information needs to get to you, and it’s really magic how that works,” he said.

Huddle has raised $40 million in toto since its 2006 launch. “We’ve hit cash flow/break even several times, and this allows us to keep growing,” Mitchell concluded. “We’re driving great revenues at the moment.”