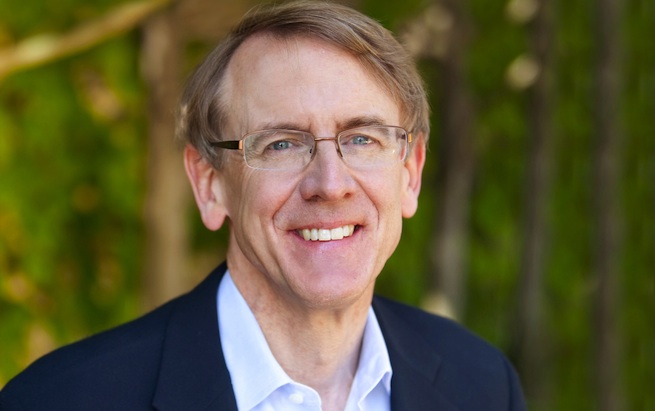 “The last several days have been a difficult time for me and my partners at Kleiner Perkins Caufield & Byers,” said Doerr in the statement. “It is not easy to stand by as false allegations are asserted against the firm, especially because legal constraints prevent us from responding fully at this time.”

Pao, who remains a partner at the firm, filed the lawsuit earlier this month, saying that fellow partner Ajit Nazre began courting her for a sexual relationship in 2006. Allegedly Pao rejected Nazre’s advances, but gave in and began a sexual relationship with him that same year. She claims that when she ended the relationship, Nazre set out to retaliate against her, and that she received no help from the managing partners, naming Doerr in the complaint.

This is a big hit against the venture firm, which has been known for bringing women into the male-dominating investing industry. The company currently has 12 female partners at the firm.

Pao also claims that she was denied performance reviews and was receiving negative feedback from individuals with whom she had not worked with extensively. Kleiner’s lawyers are likely to argue that this lawsuit is a product of that negative feedback. In his statement, Doerr mentions that the firm has hired on an investigator who (obviously) believes the “allegations are without merit.”

The last several days have been a difficult time for me and my partners at Kleiner Perkins Caufield & Byers, a firm I’m proud to have been a part of for 32 years. It is not easy to stand by as false allegations are asserted against the firm, especially because legal constraints prevent us from responding fully at this time. But we have been heartened to hear from so many people – including many women – who have reached out to convey their support.

We have taken great care to treat this situation seriously, swiftly, and with integrity. We hired an expert, independent investigator to conduct a thorough inquiry. The investigator’s report concluded that the allegations are without merit and that our firm does not discriminate on the basis of gender.

In the end, facts – not unfounded claims – will determine the outcome of the suit filed against us. We will vigorously defend our reputation and are confident we will prevail.

But until this matter is resolved I hope those judging Kleiner Perkins will remember one thing about us: our pioneering track record in diversity.

We have long believed the best thinking comes from a diverse set of minds and have highly valued diversity in our partnership and ventures. We are proud of our track record. Our firm today is one of the most diverse in gender, age and ethnicity, as is our equally diverse network of great entrepreneurs, including the women who founded or lead companies such as Auxogyn, Coursera, Genomic Health, Lockerz, One King’s Lane, Plum District, Rent the Runway and Veracyte, among others. Most importantly, we’re backing them not because they are women, but because they are the best at what they do.

That is the same reason we have a dozen female partners at our firm – the most of any leading venture capital firm – including women who are leaders across our Digital Growth Fund, our newest venture fund, our Life Sciences Venture Team, our Human Capital Team, and our Marketing and Communications and Finance functions. They are outstanding executives and leaders.

We are fortunate and grateful to have so many supporters who continue to believe in Kleiner Perkins and our values. Thank you all for your unwavering and heartfelt support.