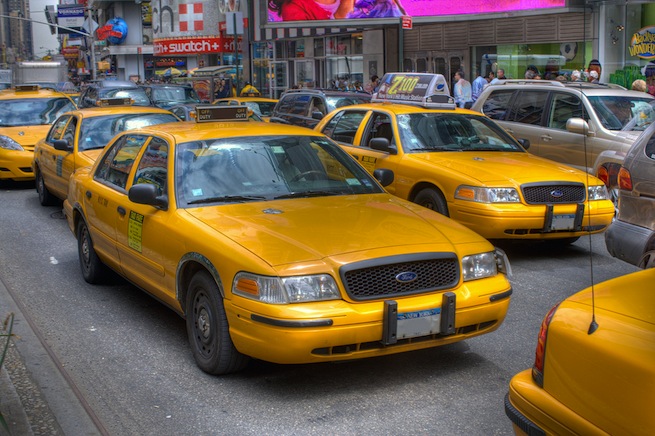 Yellow cabs are everywhere in New York. You stand on a corner, hold up your hand, and suddenly one appears to take you wherever you need to go. Israel-based GetTaxi still sees room for improvement, however, and has raised $20 million to expand into the Big Apple.

GetTaxi places GPS components into taxi cabs, and provides customers with an application to flag down a cab using their mobile phones. Right off the bat, the company has some major challenges ahead of it. The mobile-taxi-app space is a full one, with companies like TaxiMojo, Uber, and Hailo already operating. Many also feel that this kind of company survives in places where hailing taxi cabs is a nightmare, one of the reasons why Uber has had so much success in San Francisco.

But GetTaxi is inspired by New York City’s Major Bloomberg, and his Big Apps challenge. That is, the city of New York opened up its data to developers around the world to come up with app-solutions to problems in NYC. According to Herman, polls indicated that people wanted to see apps helping New Yorkers pay for taxis.

“2012 is the biggest year in new york transit,” said GetTaxi’s United States chief executive Jing Wang Herman in an interview with VentureBeat. “Right now timing is perfect for NY because I think the residents really are demanding something new.”

Using this funding, GetTaxi will submit a request for proposal to the New York Taxi & Limousine Commission (TLC) that will include features like enterprise accounts and different payment options. GetTaxi also wants to build in a feature for splitting a taxi with others in your area. For example, if you live in Williamsburg and need to get to Midtown, you can see if anyone else in your area is requesting a similar trip, order the cab together, and split the cost.

Herman is actually a cab driver herself. After graduating NYU, she took a job with J.P. Morgan. She’d always been interested in cab drivers, and decided to work out a second job agreement with the financial firm to get her taxi drivers license. Now, as CEO of USA for GetTaxi, Herman says she will try to drive one of New York’s classic Yellow Taxis every week, gleaning useful insight from her passengers.

“I had to jump through legal and compliance hoops at J.P. Morgan to get my taxi license,” she laughed. “There have been bankers who leave finance to drive a taxi, but for me it was never out of necessity.”

Competitor Hailo recently received a $17 million round of funding from well-known venture firm Accel Partners. The London-based company, whose name stands for hailing a cab, provides an application-only solution that actually focuses on the cabbies as opposed to the customer. Hailo’s idea is that if you give cabbies the tools to better serve their customers and the cab community, the services will naturally improve.

Herman says that GetTaxi is set apart from Hailo because it actually gets to know all of the drivers using its service, and brings them in for a consultations with GetTaxi’s staff.

“We meet with all of our drivers one by one because we give them a GPS driver box,” said Herman. “We teach them what the GetTaxi culture is…we actually train them on customer service.”

GetTaxi also hold taxi-driver conferences and other events to hear from the drivers and create a bigger GetTaxi community. The company was founded in February 2010, and currently has big name clients such as Google and PwC using the enterprise service abroad. The round was led by Len Blavatnik’s Access Industries, which led the company’s first round of funding. It has received $30 million in funding overall, has 110 employees and 400,000 downloads for its iPhone, Android, Blackberry, and Symbian apps.