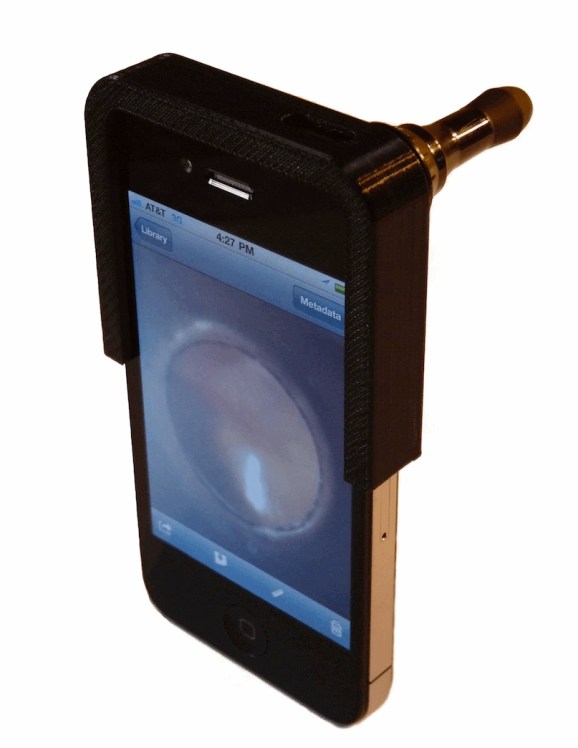 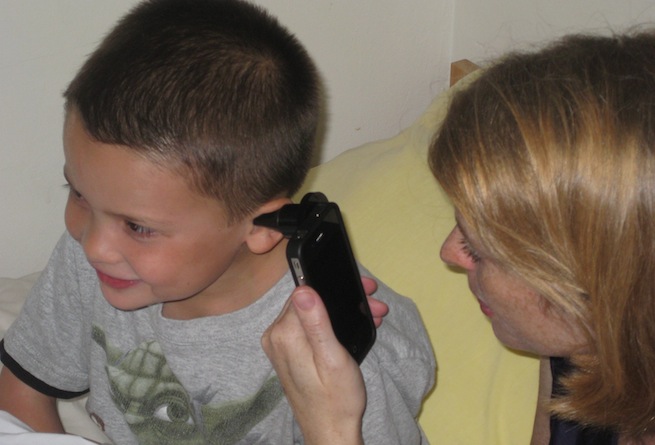 Anyone who grew up with ear infections can recognize an otoscope — a light with a plastic cone at end used by doctors to look inside your ears and throat. The device, typically found in doctor’s offices, might soon find a spot in home medicine cabinets thanks to mobile microscope company CellScope.

CellScope is developing an otoscope that attaches to a smartphone so anyone can snap a picture of the inside of an ear and send the image to a doctor for diagnosis. The company announced Monday that it raised $1 million in seed funding from Khosla Ventures to build its new device.

The company was started in UC Berkeley’s microscopy lab in 2008. CellScope originally focused on developing a 60x microscope attachment for any phone with a camera. The microscope could be used in developing countries that have little access to healthcare, but need to diagnose medical diseases without dedicated labs. Doctors and volunteers could use CellScope’s product while traveling to rural areas.

However, humanitarian medical efforts can only propel a company so far. In order to find a wider-spread application for its technology, the company joined the Rock Health incubator in 2011. Since graduating from Rock Health, CellScope has worked on a consumer side of its business and attracted the investment from Khosla Ventures.

CellScope’s first consumer offering is the cell phone otoscope, which can be used by parents to diagnose their children’s ear infections. Instead of spending time in a doctor’s office, the device takes photographs of the ear to share with a medical professional so they can prescribe treatment. The company claims the device could save around 30 million pediatric doctor appointments each year that result from ear infections and ear aches.