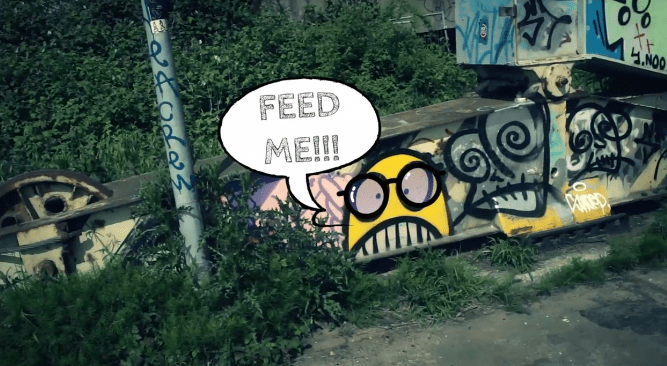 Graffiti has made its way into the digital age. Android and iOS app Stiktu can scan physical objects and add virtual artwork, words, and custom content to them. The brainchild of augmented reality company Layar, the app makes its worldwide début today.

The app originally launched in a handfull of European countries in late 2011. Now, anywhere in the world you can add your own form of personal graffiti without the worry of getting arrested.

Stiktu uses your phone’s camera to snap a photo, then offers you options to add stickers, words, paint, and whatever else you can dream up. It can also identify shapes of the objects you scan to easily add your own content.

While Stiktu gives you the option to share your creation with Twitter and Facebook, what’s really cool is that if someone else scans what you’ve tagged, they’ll be able to see it in their version of the app. Imagine conducting a 21st century scavenger hunt where you tag a landmark with a message for someone else to find. The romantic in me has visions of missed connections finding each other from a Stiktu message or perhaps an adorable wedding proposal.

“Stiktu opens tremendous new possibilities to interact with the physical world around us. At Layar, we want to democratize space and Stiktu is the app to help us reach that mission,” said Layar co-founder Raimo van der Klein in a company blog post.