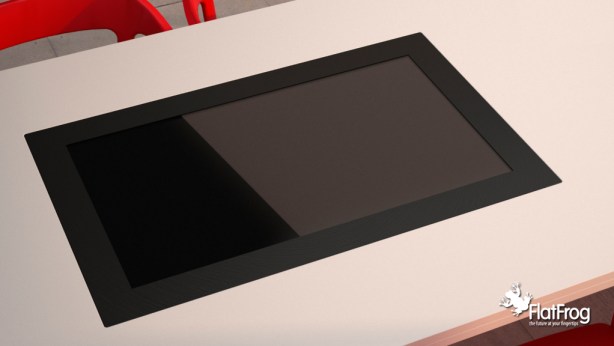 The touchscreen market’s a hot one, and for Swedish touchscreen maker FlatFrog, it’s about to get hotter. Intel’s investment organization Intel Capital is investing $25 million in FlatFrog and its operations.

FlatFrog’s patented touchscreen technology is built on planar scatter detection (PSD), which uses light to register inputs rather than the capacitive input-based technology behind most current touchscreens. This allows PSD displays to register more than 20 simultaneous inputs, not just from fingers but from gloved hands and pencils as well.

Built to scale, FlatFrog’s technology can be easily implemented in a variety of screen sizes. The company’s first product is the 32-inch FlatFrog Multitouch 3200, which you can see in action in the video below. The technology can be used effectively in thin devices like Ultrabooks, which might account for Intel Capital’s interest.

FlatFrog says it plans to use the funds to bolster its staff, a move that will allow the company to accelerate the development and rollout of its products.

Intel Capital has been pretty busy in recent months: In February, it opened up a $100 million fund to invest in the future of connected cars. The organization’s other notable investments include WebMD, open source software company Red Hat, and technology news site CNet.