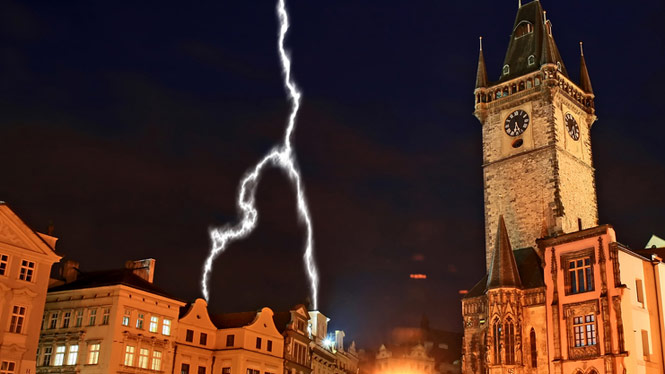 I want to apologize in advance to my editors for this post. I’ve been really really good about writing hard news, actual stories. Doing interviews, getting quotes, and generally keeping my nose to the journalistic grindstone.

But I can’t resist this one. And it is, after all, news. Even the BBC agrees.

The U.S. Army has successfully tested a lighting laser gun. Yeah. How cool is that: lighting, laser, and gun, all in one weapon. 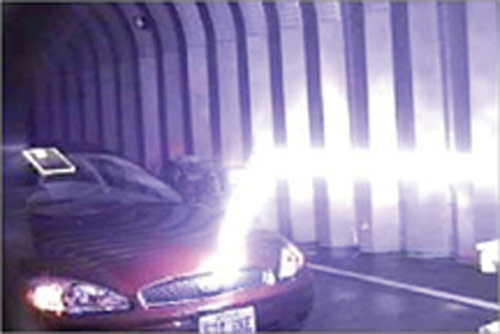 Above: Gotta be an Al Qaeda car

Here’s how they describe it: a “device that will shoot lightning bolts down laser beams to destroy its target.” I sure hope the grunt who gets to use it first is of Scandinavian origin and has a name like “Thor.”

This is how it works: a very brief but incredibly intense laser beam paints the target. By intense, the army means 50 billion watts of optical power … about 500 million times more powerful than the light bulb illuminating your room.

By some trick of physics, very intense laser beams focus themselves in air. And when they are intensive enough, laser beams generate an electro-magnetic field “strong enough to rip electrons off of air molecules.” Army scientists explain it all right here. 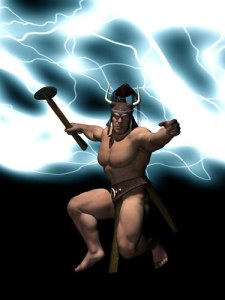 Above: Thor wishes he had an LIPC

That does two things. First, it creates free electrons … the raw material for a lightning bolt. Second, and just as important, it creates a channel of plasma along the path of the laser beam.

(Plasma is just ordinary matter stripped of some of its electrons.)

As you might have guessed when reading “channel,” plasma is a highly efficient conductor of electrons … much more efficient than the surrounding ordinary air.

And given that lighting bolts are just lots and lots of electrons desperately seeking a cool place to crash for the night but soon, you have just created everything you need to aim lightning.

In fact, you’ve created a weapon straight out of science fiction or fantasy: a lightning laser gun.

DARPA has outdone itself again.

But not really in the naming department. Some unimaginative army pencil-pusher has labeled this fantastical machine the Laser-Induced Plasma Channel (LIPC).

Doesn’t quite have the ring of a BFG, does it?