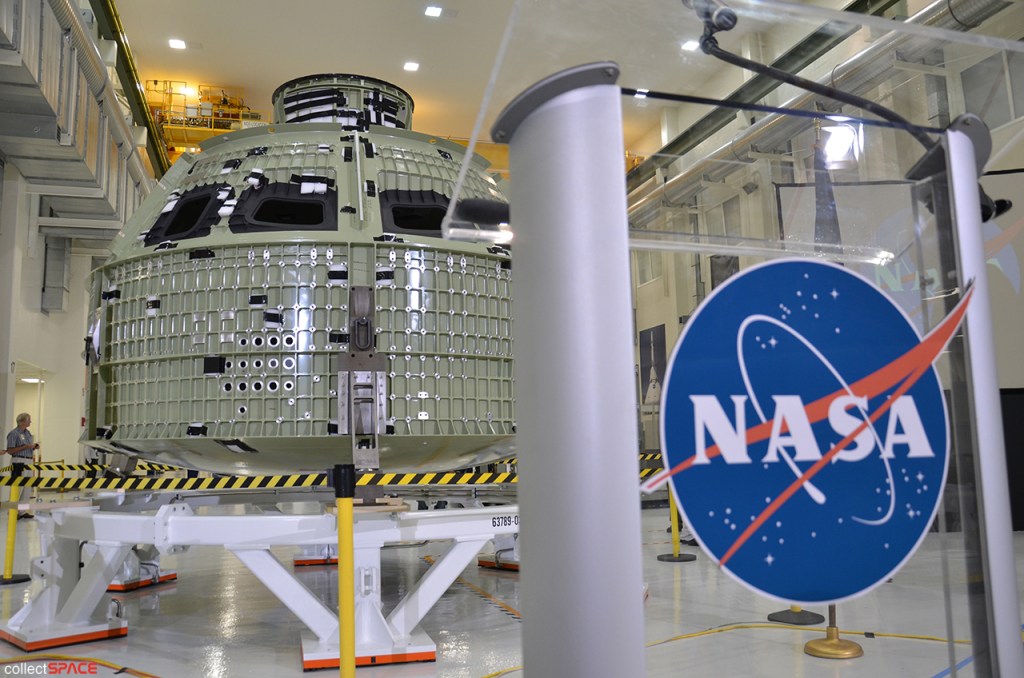 It’s no Prometheus, but the spacecraft shown in the photo above is what NASA plans on using to put a human on the planet Mars.

Yesterday, NASA unveiled the Orion passenger module at the Kennedy Space Center in Florida. The Orion crew still has plenty of work to do on the vehicle before it logs any time away from the ground, but NASA plans to have it run an unmanned test flight by 2014. A manned mission to the planet Mars is scheduled to take place some time in 2021.

“The vehicle we see here today is not a PowerPoint chart. It is a real spacecraft moving toward a test flight in 2014,” Kennedy Space Center Director Robert Cabana told Space.com.

The Orion isn’t a full-fledged spaceship. It’s a capsule that’s similar to the Apollo 11 craft used to take Neil Armstrong and Buzz Aldrin to the moon back in 1969. Of course, we’ve come a long way since then, so the Orion will have better navigation and life support.

“It is going to start looking more like the shape of capsule soon. But to me, it looks like the future,” NASA Deputy Administrator Lori Garver told Space.com.

While I agree with Garver’s perception of Orion looking like “the future,” a lot can happen between now and 2021. For instance, we could discover an ancient “Star Gate” among the ruins in Egypt that lets us travel to other planets via wormholes. Also (and more likely to happen), our government may decide once again to cut funding to the space program, which would make getting to another planet much more difficult.

VentureBeat has previously written about NASA’s capability to drive innovation in the startup world, but we can only hope future politicians will agree to keep funding Orion over the next decade.