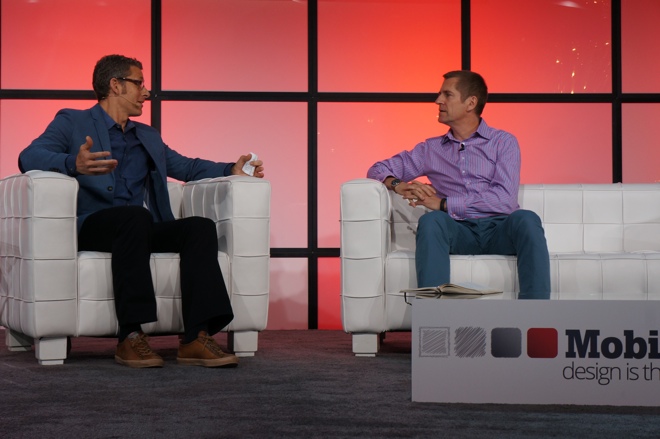 Mark Curtis knows a thing or two about design. He founded the high-end design firm Fjord, which counts Nokia and PayPal among its clients. At VentureBeat’s Mobile Summit event in April, Curtis articulated the rise of chief design officers and how they’ll soon replace chief marketing officers.

Today, Curtis dropped his latest prediction: “Living design” will be the next major paradigm companies must focus on.

“We call it ‘living design’ because the key thing that’s going to happen next…is undoubtedly the Internet of things,” Curtis said at our MobileBeat conference in San Francisco, referring to the idea that soon everything will be connected to the Internet.

“The digital world is going to be louder than the real world, and it’s going to surround you, pretty tightly wrapped up,” he said.

The API culture will drive the living design movement, Curtis said, which is already picking up steam. After all, once just about everything is online, companies will want to make their services easily available on a variety of devices.

“I think design is increasingly going to go toward real time,” Curtis said. “The time lag between the work the designers do…and then having to redo it three months later…is going to crunch together.”

Perhaps one of our earliest glimpses at living design is Microsoft’s Kinect motion controller. Curtis is clearly a big fan of it and its potential. “I’m not the first to observe that Kinect must be their crown jewels…they haven’t gotten enough credit for it,” he said.