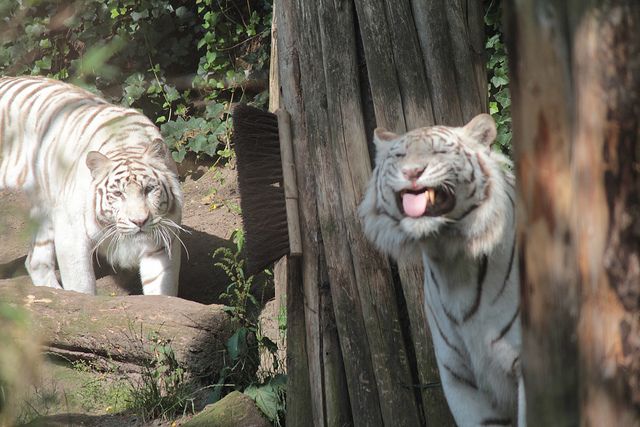 Today in funding news, the numbers are all over the place. The Mayfield Fund finds itself with $1 million for every day of the year, while pioneer community news site Digg sold for 500 times less than once dreamt. There are also whispers of dirty laundry, white tigers, rapper wheels, and tulle gowns, but you will have to read more to find out why.

In less time than I take between loads of laundry (just kidding … I swear), The Mayfield Fund raised $365 million. Mayfield is one of Silicon Valley’s leading venture capital firms, and this will be the 14th fund in its 43-year history. Raising a relatively small amount was a deliberate choice, so the firm could focus on early-stage investments for promising technology entrepreneurs. Read more on VentureBeat.

Cloudability raises $8.7 for service that has nothing to do with Jane Austen or babies

Why is the sky blue? Where do babies come from? How much does a cloud cost? If you have ever asked yourself these questions, startup Cloudability can help you answer at least one of them. This cloud cost tracking startup and TechStars Cloud alum raised $8.7 million in its first round of funding. The company offers cloud-based software that ties into various IaaS, PaaS, and SaaS services (Amazon Web Services, Heroku, GitHub etc…), and tells you how much they are costing your company to use. The round was led by Foundry Group, with participation from former investor Trinity Ventures and new investors 500 Startups and Widen + Kennedy. Now if only I could figure out that whole baby thing. Read more on VentureBeat.

The Echo Nest raised $17.3M in its fourth round of funding, bringing its total to $27 million. The Echo Nest powers many popular music apps on the web and mobile devices, including Spotify Radio, VEVO’s “match” Tunes scanner, and iHeartRadio’s customized radio stations. It also provides music applications with valuable data to help them understand “music identity”. This forth round was led by Norwest Venture Partners, with participation by former investors Matrix Partners and Commonwealth Capital Ventures. Read more on VentureBeat.

FuzeBox, a pioneer in real-time visual collaboration, raised a significant $21 million in its first round of institutional financing today. The FuzeBox application allows people on any device, on any operating system, from anywhere in the world to conduct live video meetings. All the screens are synced so participants see the exact same thing.

FuzeBox arose out of the public company Callwave, which went private in 2009. The retired shares provided $40 million to recreate the product in its current form. This latest round was led by Index Ventures, with participation from Khosla Ventures and Insight Ventures and will be put towards scaling the products and taking marketing efforts worldwide. Read more on VentureBeat.

Fashion startup Lyst raised $5 million in a first round of funding led by one of the biggest venture capital firms in Europe, DFJ Esprit, as well as Accel Partners. Lyst lets users curate their own personalized boutique by aggregating the inventories of hundreds of brands, designers, and stores. Users can follow their favorites, add coveted items to a “lyst”, and connect to the retailer’s site to make a purchase. Now that it is easier than ever to find style inspiration online, the main obstacle is finding enough money to buy it all. Read more on VentureBeat.

Community news sharing site Digg was purchased by Betaworks for a piddling $500,000. That amount might not seem trivial to those of you without diamond bedazzled phone covers and gold-plated rims, but considering rumors that the company asked for $200 – $300 million in 2008, $500K seems like a steal. As terms of the deal, a cloud-based version of Digg will be erected and eventually integrated into Betawork’s News.me news aggregation service. Looks like the folks at Digg will have to return those white tigers they had on layaway. Read more on VentureBeat.