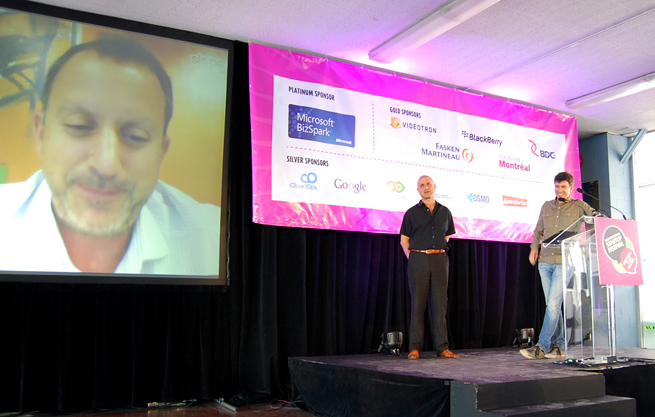 Investor Paul Kedrosky and StockTwits CEO Howard Lindzon were supposed to debate each other Thursday at the International Startup Festival but instead ended up agreeing on almost everything, including that the world needs more “startups that matter.”

“On an annual basis, there are only eight companies that matter [in Silicon Valley],” Kedrosky said at the event in Montreal’s Old Port. “And really, if you think about it, it’s not just per year, it’s like every six years.”

While Lindzon and Kedrosky didn’t name which Valley companies are the ones that matter now, they said this is a serious problem. The two said many issues were contributing to the concentration of just a few companies dominating the conversation.

“We should be encouraging more radical thinking,” Kedrosky said. “Many of these people should take risks, but they’re not.”

One problem Kedrosky sees contributing to today’s marketplace are business school entrepreneur programs. He said that the number of these programs has increased while the results of capital infusion have declined.

“The fastest way to produce entrepreneurs is to kill these programs,” Kedrosky said. “It’s not obviously helpful. It has not stopped the bleed of capital creation.”

One problem Lindzon sees is the “misallocation of capital and talent.” Lindzon said that not only do more successful corporate-level problem solvers need to start their own companies, he also said we need more startups that tackle problems in health care and education.

Lindzon and Kedrosky also said there are issues with location and too much attention being focused on just a few cities like San Francisco and New York. They pointed to San Diego as a potential new hotbed for startups but said that Seattle had fallen out of favor.

But while location has become less important, the two also agreed that between staying in your hometown and going into to a prestigious accelerator like Y Combinator, there was no debate over which way to go.