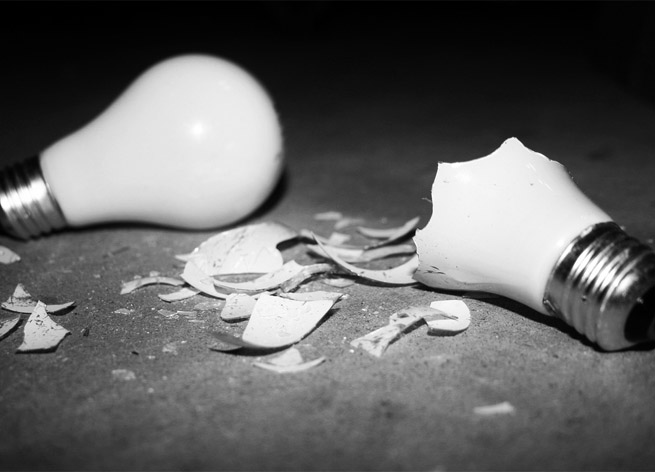 “Do few things but do them well. What doesn’t work, kill quickly.”

This is not a quote from Sun Tzu. It’s from Simon Rothman, who is probably just as smart. Simon was one of the very early guys at eBay and was responsible for starting eBay Motors, which ended up becoming a $14 billion-a-year global business and generating about one-third of all of eBay’s merchandise sales. He later became a board member at Tesla and is now executive-in-residence at Greylock Venture Partners.

I had a chance to meet with Simon last week. The advice he gave me about marketing strategy was just too good not to pass along, so I thought I’d share it. Here are Simon’s four rules on marketing:

1. Place only a handful of bets.

Startups rarely fail for a lack of ideas; they fail for a lack of focus. As a founder, your job isn’t to come up with a million marketing ideas but instead to prioritize the top three. So many startups fail because they try to boil the ocean. Instead of trying to tackle a million different marketing ideas, keep in mind that 80 percent of your revenue will likely come from your top 20 percent of customers. Try to figure out the common characteristics behind these top-producing customers, and then focus on the channels that are bringing them in.

2. Put enough time, money, and resources into each strategy to give it chance to succeed.

If you place too many bets, you spread yourself too thin and set yourself up for failure. Some of your bets will fail, not because they were bad ideas but because they were undercapitalized and never even had a real opportunity to succeed. The key is to put more money into fewer bets.

Take display ads, for example. You might be losing money for three months on your display ads, but then on the fourth month, you make a small tweak in the ad copy and your ads turn into a huge moneymaker. But if you only had enough budget to run the ads for one month, you never would have figured this out and just would have thrown money down the drain. Marketing is all about iterating and making as many tweaks as possible in the time frame that you have allotted. The more money you budget for a particular channel, the longer you can stay in the game and the better your odds are of figuring out a formula that works.

3. Test your hypotheses in any way you can — including your instincts.

There’s an old saying in marketing, “What you can’t measure, you can’t improve.” This saying is absolutely true — except when it’s not. Try to test as much as you can, but realize that you can’t measure everything. One of the things that worked well to drive growth early at eBay was PR, one of the most notoriously difficult tactics to measure. Simon said that even though they couldn’t really measure it, they just knew it was working. In other words, sometimes, as a founder, you have stop being a nerd, put down your copy of The Lean Startup, and just trust your instincts.

4. Add fuel to the fire, or kill it quickly and move on to the next idea.

Instead, recognize that the resources you put in are sunk costs, and kill the idea. When you only have enough money and bandwidth to execute on two or three ideas really well, the opportunity cost of putting resources into anything but the best performing strategies is too high.

Marketing is a crap shoot; no one really knows which ideas will work until they let them loose in the wild. The more ideas you test, the greater your chances are of finding the one that works. But don’t test them all at the same time. That won’t work. If you do that, they’ll all fail because you’ll be stretched too thin to execute any of them well. The key is to prioritize.

Lastly, be an idea assassin. Don’t get emotionally attached to your ideas. Be ruthless about killing off the medium performing ideas and just keep the absolute best. Because if you don’t make it a practice to kill off your ideas, your ideas will end up killing off your startup.

Ethan Austin is co-founder of GiveForward and author of the blog Startups and Burritos. He is currently searching for an awesome VP of Marketing to join the GiveForward team. If you know the perfect candidate, shoot him an email ethan@GiveForward.com and if the person gets hired, Ethan will buy you unlimited burritos for a year (seriously). Taco fans need not apply.