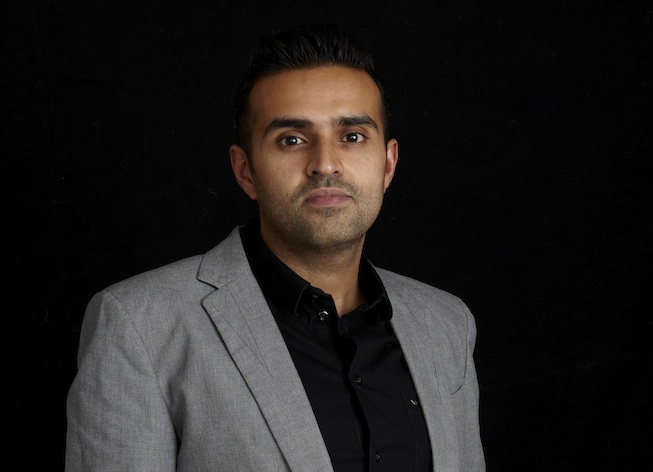 My first question to Ashish Thakkar, CEO of a pan-African conglomerate, one-time genocide refugee, and one of the continent’s first space tourists: “When do you find time to sleep?”

He chuckles and deftly turns the conversation back to the emerging startup community in his native Africa. This week, the maverick launched a website, “Mara“, which he hopes will provide mentorship and funding to thousands of small businesses and startups in his native Uganda.

The purpose of his week-long visit to the Bay Area is twofold: to check out local accelerator programs like 500 Startups and Y Combinator for inspiration, and to convince Silicon Valley entrepreneurs and venture capitalists to advise African business owners for a few hours each week.

He raises the same points when advising East African governments on better ways to inspire its young population through entrepreneurship. “The answer isn’t foreign direct investments,” he said. “The answer is nurturing small and medium sized businesses.”

Thakkar makes a strong case for investing into Africa and its people. At 29 years old, he is the self-made owner and chief executive of Mara Group, a conglomerate with approximately $100 million in revenues and a staff of 5,000. Mara touches every industry from telecommunications to real estate, and its operations span 16 countries.

He cites a statistic that 85 percent of Africa’s population is under 35. It’s an optimistic sign for African business that most countries are projected to have more working-age adults per child in 2030 than they did in 2006, as reported by the Population Reference Bureau.

Thakkar points to the growing market for mobile; it’s the fastest growing in the world after Asia. Read here about startups that are taking advantage of Africa’s mobile market.

His own story is a true rags to riches tale. As a young child, his family relocated to Rwanda. Nine months later, the genocide started and they became refugees. Despite everything he has seen, Thakkar remains defiantly proud of his African heritage. “We have a fire in our belly to succeed,” he said.

The accelerator isn’t his first foray into entrepreneurship. Thakkar launched The Mara Foundation, the nonprofit arm of the Mara Group, to support startups in Uganda. The foundation funded the development of a small business incubation center (“The Mara Launchpad”) for 110 companies and is conveniently located across the street from the Makerere University in Uganda’s capital, Kampala. Next year, they plan to open a center in Tanzania with space for 40 companies.

Above: Mara Launchpad, a business incubator in Uganda

“We realized that entrepreneurs were working from home or in a garage and were lacking credibility,” said Thakkar. “In Africa, that’s taboo.” The center provides entrepreneurs with a small infusion of capital, and in exchange, they pay a subsidized fee for rent for office space, usually about $4 per month.

The foundation lends support to businesses that will make a positive social or environmental impact. His favorite example is a school girl who began stitching uniforms and selling them to schools. In six months, she was making 700 uniforms per month and employing her classmates. “We taught her how to work more efficiently, buy the right raw materials and market herself,” said Thakkar.

His own entrepreneurial journey began in high school. His business wasn’t school uniforms, but an import-export business for computer parts. He told me he would make a weekly trip to Dubai and carry keyboards, mouses and desktops back to Uganda to sell to friends and classmates, as he couldn’t afford the air cargo.

Ironic considering that Thakkar is the only African who has shelled out $200,000 for a Virgin Galactic flight to space. He recently completed hard-core physical training in Philadelphia and intends to fly early next year.

Mara is initiating a call to Bay Area entrepreneurs interested in lending their time. Learn more about mentorship here.