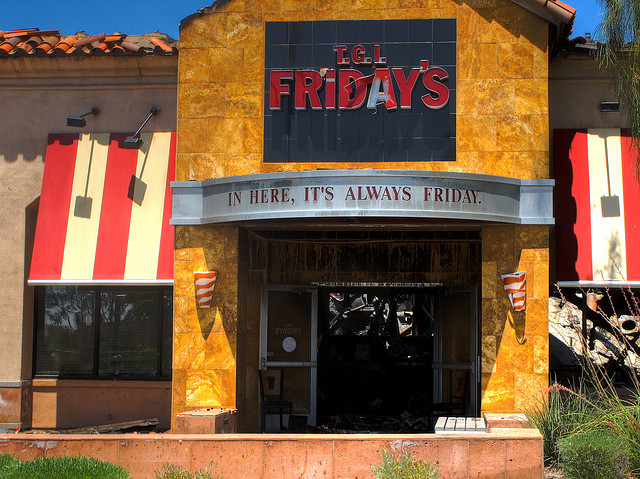 We made it, friends! The weekend has come upon us once again. Whether your plans involve lazing about a park, jetting off on a glamorous adventure, or waiting for your laundry to dry (I will let you guess which one is on my schedule), don’t start it off without the last few bits of investment news for this week.

SpotOn’s founders give themselves $5M for latest entrepreneurial endeavor

Yesterday was a big day for startup SpotOn, which launched its digital loyalty network and announced $5 million in funding. SpotOn puts tablets in local businesses, so when customers check-in, merchants can access information about their spending habits. From there, merchants can use the information to conduct targeted advertising campaigns and marketing initiatives. This enables them to maintain a connection with and reward their loyal customers.

The three founders, twin brother Matt and Zach Hyman, and Doron Friedman, put in the cash themselves, having made money through their previous startups, Central Payment and Arroweye, respectively.

Thrillist gets $13M for dudes everywhere

Fun-facilitating startup Thrillist got $13 million worth of thrills from Fred Harman and Oak Investment Partners. Thrillist is an e-commerce-meets-media-outlet-for-men. The money will be used for mergers and acquisitions.

Urthecast secured $4.5 million to provide the world with high-definition video of Earth from Space. The ultimate vision is to create an interactive “earth video platform” for anyone from governments to developers to educators and normal humans to se. The technology is currently being built, and will be helped by this infusion of cash from Beacon Securities Limited. The funding will also put the company in a position to go public in the second half of 2012. Read the press release.

Video startup Reelsurfer raised $880K in seed money rom Otto Group, Triplepoint Capital, and others. Reelsurfer lets users cut short clips of videos they are watching, combine them into reels, and share them with friends.

Open-source community-development OK for software, not for exams

Ed tech startup rSmart took $10.75 million for its software designed for to help colleges and universities run more effectively. The money came from ASAHI Net and GSV Advisors, as well as private investors.

RSmart has over 250 customers, including large state universities like the University of California, smaller private schools such as Brown, community colleges, and trade schools. Read more on VentureBeat.

Little Black Bag was inspired by the Japanese idea of “fukubukuro”, a bag filled with unknown random contents. Rather than scrolling through endless images of products, shoppers answer a series of style questions and receive a personalized mystery bag filled with brand name fashion and beauty products. They can then trade items online with other women until they have assembled their ideal collection.

This second round was also led by GRP Partners, with participation from DCM and brings the total raise to $10.75 million. Read more on VentureBeat.