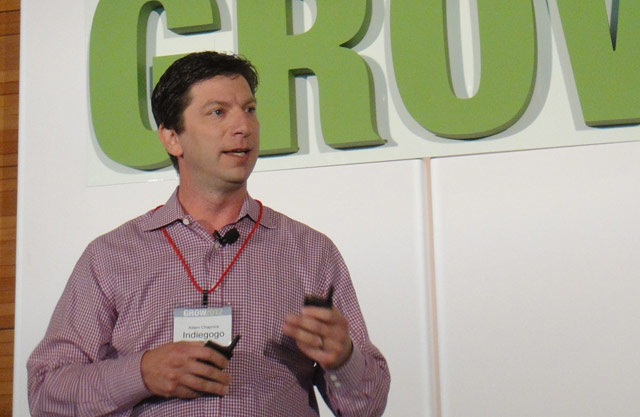 And they work, he says, whether you’re crowdsourcing or pitching venture capitalists.

Indiegogo, along with Kickstarter, leads the crowdfunding revolution. Chapnick bills it as the place to “raise money from anyone for anything from anywhere.”

But even though it is one of the few original crowdfunding services, the site is only one of 540 competing services today, according to Chapnick. Even with that competition, Indiegogo is one of only a handful that have raised over $10 million in venture capital. 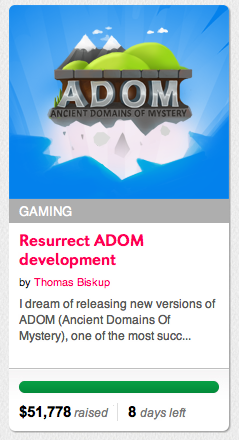 Above: A recent Indiegogo project

Chapnick says that the methodologies people used on Indiegogo to raise money for a movie project, a product, or a business are exactly the same methodologies he used to get millions in venture capital.

First, he said, make a big fat business plan — then throw it away. It was important to go through the process of creating a business plan, according to Chapnick. But things change fast, and the plan boiled down to “We’re the eBay of ideas: YouTube on the front, PayPal in the back.” Simple, easy to understand, and quick to convey.

Second, traction comes from action. Ideas are nice, Chapnick says, but execution kills. Without execution, ideas are useless, but when there is execution, it generates more ideas — and more execution. When venture capitalists see execution, they’re more likely to invest. And the same is true for indie project funders — action builds trust.

Third, people don’t fund projects, they fund people. Video campaigns raise twice what nonvideo projects raise, and the personal connection is the difference. Connecting personal to investors is critical, whether they are VCs looking to put a few million dollars to work or individuals who might send you $25 for a copy of the the DVD.

Fourth, the more you update, the more money you raise. Crowdfunding efforts that update 31 or more times raise four times more money than projects that update infrequently. And when Chapnick was raising VC, he made sure to communicate something positive at least twice a week.

The added benefit? This forces the right actions:

“When you know you have to update, it focuses all your daily actions: You have to move something up and to the right by tomorrow.”

Fifth, deadlines give life. Indiegogo uses GOTP deadlines: “Get off the pot.” That helps them try things but to stop beating dead horses — they call it “killing babies.” Being willing to fail but quick to adapt makes a company or project not doomed to fail, says Chapnick.

And sixth and finally, say what you must before they click away. Everything happens fast online, and if you don’t capture attention quickly, you’re out of luck. That’s also true with venture capitalists.