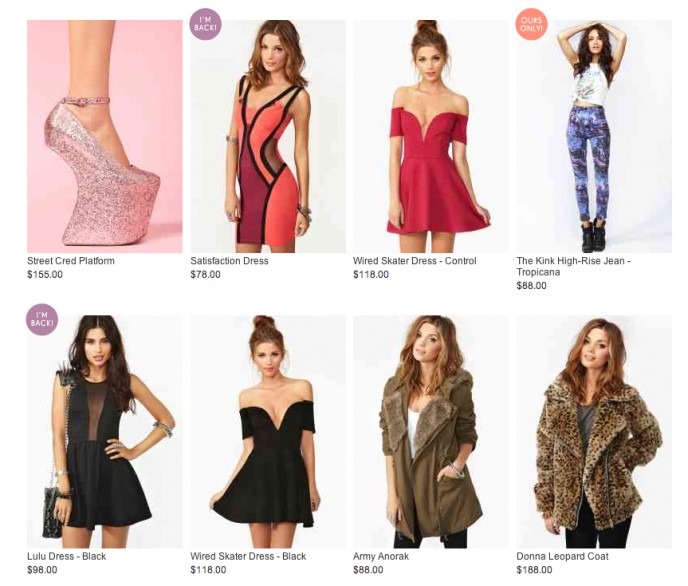 Online fashion company Nasty Gal announced this significant second round of funding today, following on the [platform studded high] heels of a $9 million Series A that closed just 6 months ago.

The site is billed as a “global online destination for fashion-forward, free-thinking girls.” According to the mission statement, a Nasty Gal is the coolest girl in the room, rocking outré and unique outfits that capture attention. I am hesitant to self-identify with any moniker that includes “nasty”, but will admit that while researching this article, I fell in love with every item I saw.

It is the retail offspring of fashionista Sophia Amoruso, whose edgy taste has spawned a devoted following and wild growth. The company has experienced almost 400% year-over-year growth rate. According to Inc. 500|5000, it is one of the fastest growing private retail companies in the US.

On Nasty Gal, shoppers find a selection of vintage and non-vintage apparel hand-picked by a legion of style mavens seeking out original and provocative pieces. They search everywhere from flea markets to designer show rooms to create a diverse inventory that makes fashionistas everywhere salivate with desire.

Nasty Gal’s valuation is now set at $240 million and is projected to bring in $128 million of revenue this year. It has grown tremendously since its inception in 2006, when Amoruso began selling clothing on her own website instead of through eBay. Now, she has sold to around 400,000 customers in 60 countries and her site gets 5 million visits a month. The typical customer is an 18-24 woman who lives in L.A. or New York, but a third of the sales come from abroad, despite no direct marketing.

The company is based in Los Angeles. Amoruso relocated there from the Bay Area to be closer to her vendors and the fashion scene. Both rounds were led by Index Ventures, which also invested in Etsy.

With $49 million in the bank, the only kind of bootstrapping she needs to do is on the studded ankle kind.