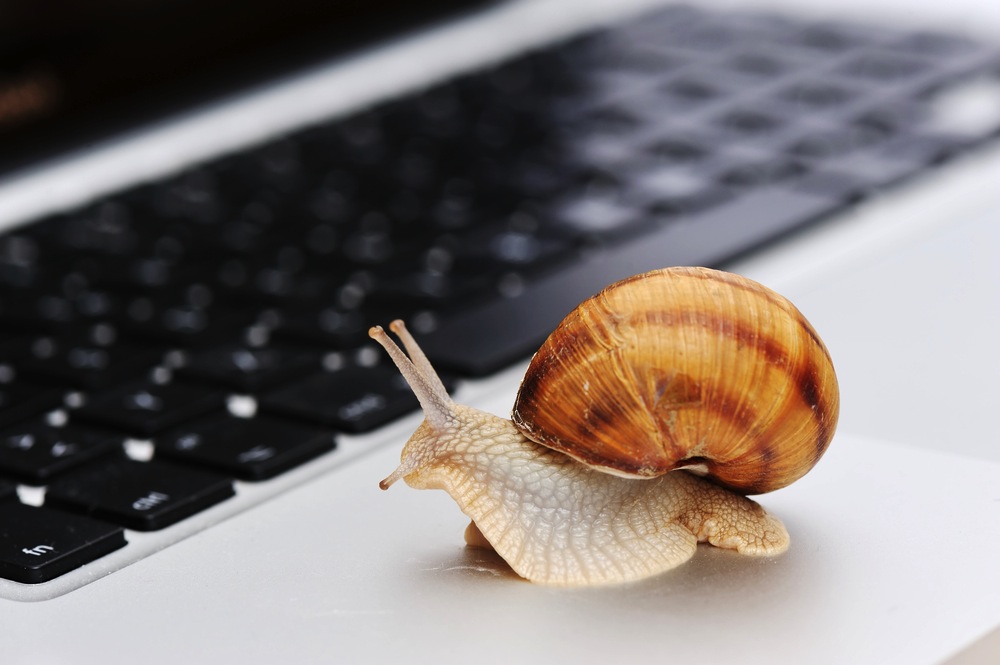 Despite all the talk of improved video quality for movies, TV shows, and YouTube clips, a slow Internet speed will pretty much ensure that you have a terrible viewing experience.

A new report released today from Wistia shows that about 20 percent of households across the country have Internet connections that are incapable of streaming HD video, which is defined as speeds of 2Mbps or less. Also, about a quarter of all businesses can’t reliably stream HD content. But what’s more interesting is that the report found that about 80 percent of those people will stop watching a stream if it stops to buffer the video while playing.

Wistia conducted the report to find the actual Internet speeds people were consistently getting, which is different from the speeds your broadband provider advertises as peak speeds. For example, you may pay AT&T Uverse for an Internet service package of up to 6Mbps, but that doesn’t mean your connection runs that fast.

The company even calls out the FCC’s official map outlining parts of the country with HD-capable internet because it relies on the ISP numbers rather than data from actual speeds. And while a fifth of the country always has an insufficient Internet connection for HD video streaming, I’d assume there’s another double-digit percentage of people who pay for a moderately fast connection and suffer from buffering during peak usage times — meaning they also probably stop watching.

“We try to remind content creators about the inherent tradeoff between video quality and video deliverability. The world’s best-looking video will not be seen by many viewers if it requires buffering,” Wistia said in the report. “The data in this report simply attempts to put concrete numbers behind this trade-off so all video creators can make informed decisions about their content.”

The main takeaway from the report is that the biggest roadblock for IP TV is in upgrading the connection speeds, which isn’t much of a surprise. At the same time, video creators and entertainment companies should definitely take note.