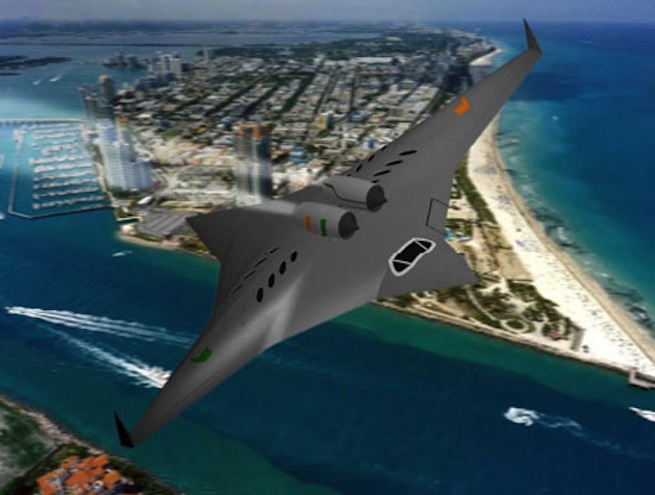 While most of the attention for NASA involves the Mars Curiosity mission, the organization has its fingers in tons of other projects, such as funding supersonic jet concepts like the one shown above.

NASA awarded $100,000 to University of Miami’s Gecheng Zha for his “supersonic bi-directional flying wing” or SBiDir-FW concept last week. Most planes need a large wingspan to become airborne, which then hinders its ability to reach subsonic speeds. Zha’s concept plane, however, addresses this issue by taking off as a wide, wing-shaped vehicle, and then rotating itself 90 degrees without requiring a powered system. That means the plane is actually designed to fly sideways, which seems like something straight out of a sci-fi movie.

The plane concept plane is also designed to be quiet and produce virtually zero sonic boom.

If the SBiDir-FW’s early development goes well, it could receive another $500,000 in funding.