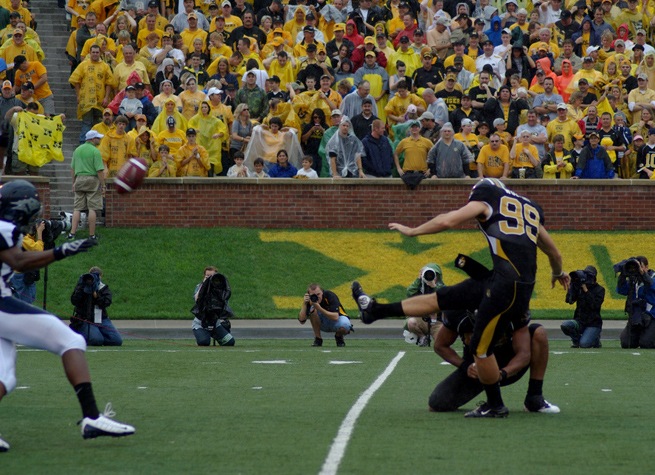 New York City sports analytics startup NumberFire first caught my eye a year ago with its ability to help people dominate their fantasy sports leagues. Now the company is ready to go for this year’s football season with even better features and statistics.

NumberFire blends sports with “big data” by providing statistics and recommendations to its users and to numerous sports publications. While it offers stats on basketball and baseball, the startup’s biggest money maker is fantasy football, which attracts an estimated 27 million Americans each year. It offers stats for both NFL and college football.

To get ready for the new season, NumberFire has not only improved its number-crunching abilities but has also added a new recommendation engine. For example, you can import your fantasy team from Yahoo Sports (the most popular fantasy sports site) into NumberFire and it will make recommendations for which players you should trade. Ideally, with each season, NumberFire’s ability to help its users win their leagues will keep improving.

NumberFire is going into the football season with revenue up 800 percent and users up 300 percent year-over-year. On top of charging users (there are some free perks too if you don’t want to pay), the company is generating revenue from partner referrals and cross-promotions. The startup has partnerships with big names like just-purchased Bleacher Report, Sports Illustrated, SB Nation, and an unnamed “major broadcast partner.” (Bonaddio previously mentioned partnering with ESPN, so that’s my guess.)

NumberFire raised $750,000 in a seed round earlier this year, with investors including RRE Ventures, Penny Black, and former TechStars managing director David Tisch. NumberFire is also a graduate of the ER Accelerator program. The company has just five full-time employees but is looking for interns.

“Given how small our team is, we’ve got our hands full,” Bonaddio said.

Granted this football season is success, Bonaddio hopes to attract a first round of funding early next year. He also is looking to expand beyond U.S.-based sports, with a major interest in international soccer.

Click on the photo below to see NumberFire’s latest incarnation. 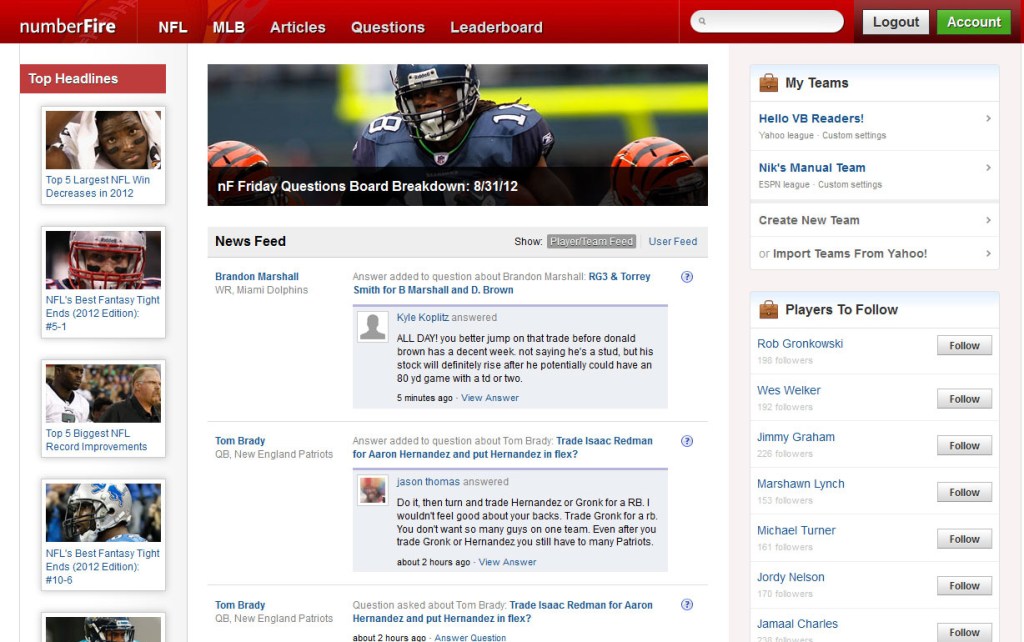