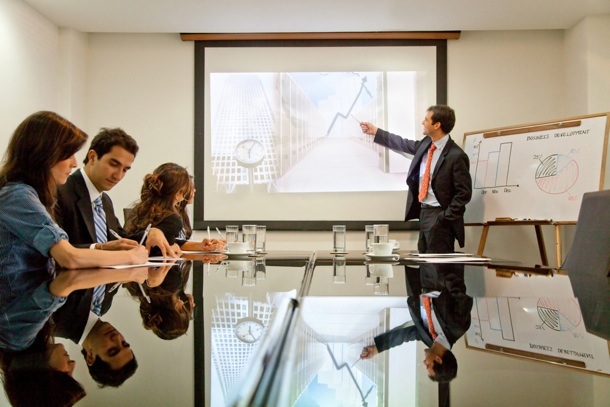 As much as you may hate Powerpoint presentations, sometimes you can’t avoid them — especially if they’re crucial to your business. Now Brainshark is bringing its popular Slideshark app to the iPhone, which will further the company’s mission to take the pain out of presentations.

Just like on the iPad, the iPhone app lets you view Powerpoint presentations stored in Slideshark’s cloud service. It’s particularly useful for having continual access to presentations as they’re updated, and sending them to large screens to share with a group (either via adapters or streaming via AirPlay to an Apple TV). Now, you can pitch your slide deck right from your pocket. 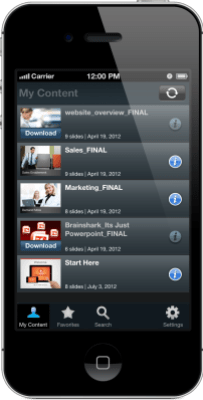 “The whole impetus behind the iPhone version [of the SlideShark app] is to enable the same benefits of playing PowerPoint properly,” said Andy Zimmerman, chief marketing officer at Brainshark, in an interview with VentureBeat.

The Slideshark iPad app has been downloaded twice a minute every day since its launch, the company says, and it boasts users in more than 120 countries. (The PowerPoint curse has no language barriers, it seems.)

“People wanted the iPhone app more as a backup device,” Zimmerman said. Still, that doesn’t mean the app was an afterthought. The company has been working on the app for the past four-and-a-half months, according to Brainshark senior product manager David Klein. In particular, it took some time to figure out how to translate Slideshark’s user interface to the iPhone, which has far less screen space than the iPad.

While you can’t actually make edits to slides with the Slideshark iPhone app, Brainshark is eventually planning to add note taking and annotation capabilities.

“We want to be a presenter’s best friend, not an authoring tool on mobile devices,” Zimmerman said.