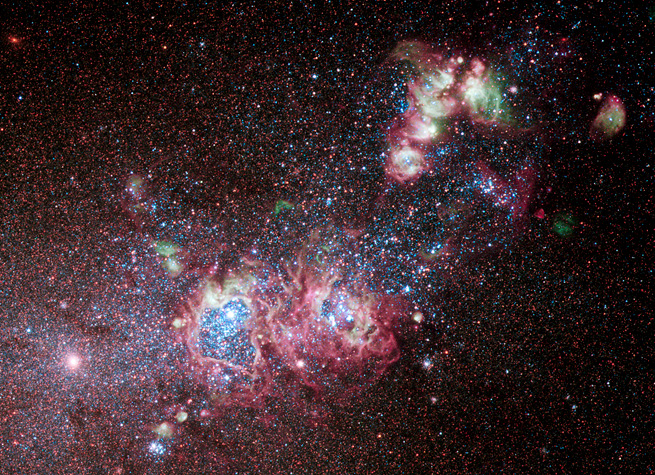 While companies like Amazon and Rackspace mightily tout the power of the public cloud, some large enterprises still aren’t sold. These enterprises like the option of an on-premise private cloud that gives them a bit more control and security.

Nebula’s team is led by CEO Chris Kemp, who was the former CTO of NASA. Many other folks in the company come from places like NASA, Amazon, Google, and Microsoft. If any team can make it easier for enterprises to improve the data-center building process and make data centers more functional, this might just be the group.

“We’re democratizing what Google and Facebook have done with their data centers,” Kemp told me. “You can use your favorite server vendor and plug those servers into our boxes. You plug in and 15 minutes later, you have Amazon running on premise.”

So what’s the company’s biggest threat? Public cloud and virtualization powerhouses that are already dominating the market. “Amazon and VMware are the two that keep me up at night,” Kemp said.

Nebula is still in beta and has a “couple dozen” customers. Kemp said he hopes to launch with general availability before mid-2013.

Nebula also previously raised a first round of funding in July 2011, but it has not revealed the specific amount. Kemp told me it was more than $8 million (after I guessed that), but less than this new $25 million round. The company has nearly 60 full-time employees, almost all of them engineers.