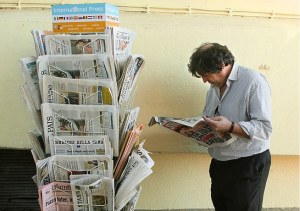 To say it was a busy week in technology and gadget news is a bit of an understatement.

The four-day work week was jam-packed with a smattering of smartphone, e-reader, and tablet press events and revelations. If that wasn’t enough, Y Combinator picked a bit of a fight with a onetime friend. Oh and that monstrous Facebook-Instagram deal finally closed. It’s about darn time!

In all the chaos, we didn’t get to a few bits of news, some juicy rumors, and an Apple leak or two. Here are our picks for stories that you should totally Pocket or Instapaper (yes, we just used these services as verbs) for your weekend reading. 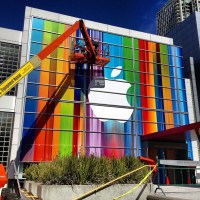 Apple has a whole lot more to show off Wednesday than a brand new iPhone. Sources told 9to5Mac that the company will also unveil new iPods in all shapes, sizes, and colors.

Get the tissues out, Twitter for Mac is on the chopping block

The word on the street, according to blogger-turned-investor MG Siegler, is that Twitter has made the decision to stop supporting Twitter for Mac.

“They won’t kill it outright, but no further updates,” Siegler tweeted on Thursday.

Mr. Siegler’s tweet hit a nerve with Twitterers. The tweet was retweeted 703 times and favorited by 97 folks.

For what it’s worth, blogger John Gruber said he too has heard the same sad whispers. “Worst part is, they may even have a retina-ready update ready to release — but they’re just going to keep it in their pocket out of spite. They want people to use the website,” Gruber wrote today.

Based on what we’ve heard from a few friends, these rumors are pretty legit. Twitter, however, has yet to comment on the matter.

We totally get that Twitter wants to drive people to the web app to rake in the big bucks from advertisers, but yea, it really is the end of an era.

Obama wins in race for most tweets per minute 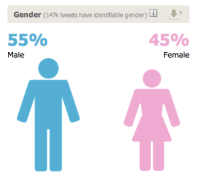 It’s probably worth noting that 67 percent of the Twitter conversations related to Obama’s address were positive, according to data compiled by social media analytics firm Crimson Hexagon.

Remember when we told you that the FBI was trying to force Google into unlocking an alleged pimp’s cellphone? Of course, how could anyone forget such a story? Well, it turns out that Google ignored the warrant and refused the request. Sorry, no pimp data for you, FBI.

Google’s decision sparked a story in the Wall Street Journal about the muddy legal standards associated with third-parties unlocking smartphones on behalf of the government. Basically, it’s one hairy mess.

If the feds can’t get into a suspect’s phone they’ll turn to software makers for help, and sometimes they’ll come with a warrant. Whether the law actually requires companies such as Google and Apple to comply with these warrants isn’t all that clear.

Amazon stepped on a lot of toes when it revealed its Kindle Fire HD, but Google got the double rub. Not only will the Kindle Fire HD go head-to-head to with Google’s Nexus 7, but the device will also direct mobile searchers to Microsoft’s Bing search engine. Burn.

We picked up a Kindle Fire HD on Wednesday and noticed that our web queries defaulted to Bing’s search engine. We found this to be quite curious indeed, and it turns out that our Binging experience was no accident at all.

AllThings D confirmed with Amazon that Bing is the search engine of record for the Kindle Fire HD.