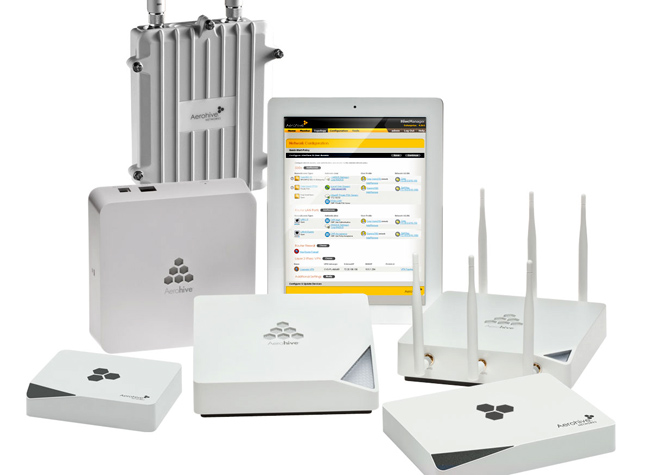 Enterprise networking startup Aerohive Networks has raised $22.5 million in its fifth round of funding — cash that should help it gear up to go public in 2013.

Aerohive directly challenges Cisco and Aruba Networks in the realm of enterprise wireless networking solutions. It offers controller-less Wi-Fi and cloud-enabled networks that can better control networks deployed at enterprise, retail, health care, and finance companies. Aerohive has more than 5,000 customers, which include Brookdale Senior Living, 7-Eleven, Macaroni Grill, and what it terms as “one of the largest insurance companies in the world.”

“We have a very high win rate when we compete directly with Cisco or Aruba,” Aerohive CEO David Flynn told VentureBeat. “Our biggest challenge is getting those at-bats. This investment will help get us more at-bats.”

As for IPO timing, Flynn would not say when in 2013 the company would IPO. He said the company is more than doubling revenue year-over-year and is essentially ready to go public now, but Aerohive wants flexibility to take advantage of favorable market conditions. Flynn noted that several enterprise tech companies have had IPO success as of late, including Palo Alto Networks, Jive Software, and Infoblox. He’d like his company to be in that mix.

The new round was led by Institutional Venture Partners, which specializes in late-stage funding and assistance with taking a company public. Previous investors including Kleiner Perkins Caufield & Byers, Lightspeed Venture Partners, New Enterprise Associates, and Northern Light Venture Capital also participated in the round. Including this round, Aerohive has raised $94.5 million in total.

The new funding will be used mostly to beef up its sales and engineering teams.

Sunnyvale, Calif.-based Aerohive Networks was founded in 2006 and has 375 employees. It also has offices in the U.K. and China.