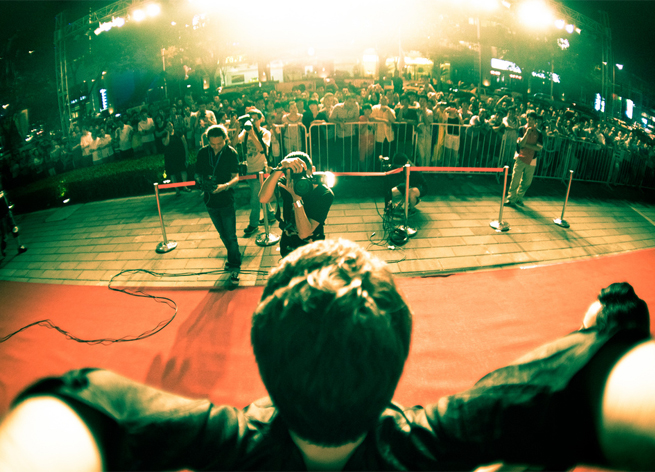 Today’s audiences aren’t automatically sold by celebrity endorsements anymore. Instead, they’re tribal to major online influencers who not only know their industry well but are the ones disrupting it and propelling it forward.

We asked 14 young entrepreneurs about how they identify and leverage major online influencers to help their brand — and whether such a mission is worth all the time, effort and/or funds.

I look for annual lists whose goal is to highlight certain people within a profession. For example, Empact 100 helps me find entrepreneurs to connect with, and The Grio 100 helps me find new speakers for GBS. The best way to leverage the influencers is to offer them something of value. The association with reputable people raised the value of my company and influenced others to be a part of it.

Make use of Muck Rack journalists

Muck Rack is one of the best ways we have found for targeting influential journalists on Twitter and building lists to begin targeting messages to them. Pretty much every major publication is listed there, with nearly all of their writers listed in really simple lists. It’s a huge time saver.

Connect through Yamana by Twtrland

Yamana by the folks at Twtrland is an excellent product for identifying the right influencers to help your brand. Their trick is finding the best people in your niche, and it definitely shows good results that are useful.

While Klout is controversial for its strange influence algorithm and the scores simply mean a number, Kred Story is a good alternative that actually adds points to influence scores for engagement, amplifications, outreach, audience size, communities, and influential topics. It also adds points for each tweet and message posted and gives a run-by-run breakdown of how your score adds up.

Give and get guest posts

We’ve looked for opportunities to help major influencers in our space by writing guest content for them. We focus on areas where we are experts. These relationships have helped us gain exposure with their user bases and have helped us rank higher in search results.

One great tool we’ve found are social sharing aggregates like Reddit and Hacker News. When we recently launched a new 3D conversion device, 3-D Vision’s Instant 3-D Converter, we leveraged our relationships with long-time contributors to Reddit — or “Redditors” — to give them a preview of the device and vouch for its capabilities and functionality. The results were outstanding, and coverage snowballed.

On Her Campus we’ve done coverage and giveaways of major celebs’ fashion lines, books, etc., and the celebs have promoted our post to their many millions of followers. For example, when we did a giveaway of Snooki’s new book, Snooki tweeted about it, and it sent us a ton of new visitors and entrants.

Diligently stick to all social media

We are actively involved in social media, namely Twitter and Facebook. But we have also started to seek out followers by identifying industry professionals on LinkedIn and inviting them to join our conversations. This has definitely helped our branding on social media websites. We also regularly partake in any questions or interviews asked of us as a way to showcase our expertise.

Influencer marketing is a new focus within social media. Subsequently, it spawned a nascent industry of tools designed to help brands identify key influencers. Most recently, a subcategory of tools, called contextual influence tools have popped up. These tools let brands find influencers based on any subject a brand wants to search. Appinions, Traackr and Soc Metrics are the leaders in the space.

Natalie MacNeil, @nataliemacneil, She Takes on the World

Many of the relationships I have with major influencers began on Twitter. Start by engaging with their content, retweeting, and participating in conversations they initiate. This puts you on their radar. When the time comes to reach out, make sure you clearly answer the question, “What’s in it for them?” One more thing: Be patient. Relationships aren’t built overnight.

I learned the power of podcast interviews by accident during my senior year in college. By creating a niche podcast around your industry, you open a door to reach out to and talk with industry influencers. This will give you a chance to learn from the interview and boost your own visibility online. After the interviews, they will typically promote the published podcast to their networks.

Reach out to big bloggers, YouTube stars, gurus, experts — basically, anyone who’s already captivated an audience — and send out your product. Give it away for free, and hook up their followers with deep discounts. This is a great way to put yourself on the digital map, and it’s a free way to use digital PR.

There is no magic bullet!

Uncovering the top influencers in one’s field requires old-fashioned research. Read the trades, go to industry events and, of course, check out Twitter, Facebook, etc. Then, gradually develop a relationship with the influencers by asking questions and citing their content. Do NOT ask an influencer to contribute to your site for free — influencers don’t need your exposure!

The Young Entrepreneur Council (YEC) is an invite-only nonprofit organization comprised of the world’s most promising young entrepreneurs. In partnership with Citi, the YEC recently launched #StartupLab, a free virtual mentorship program that helps millions of entrepreneurs start and grow businesses via live video chats, an expert content library and email lessons.