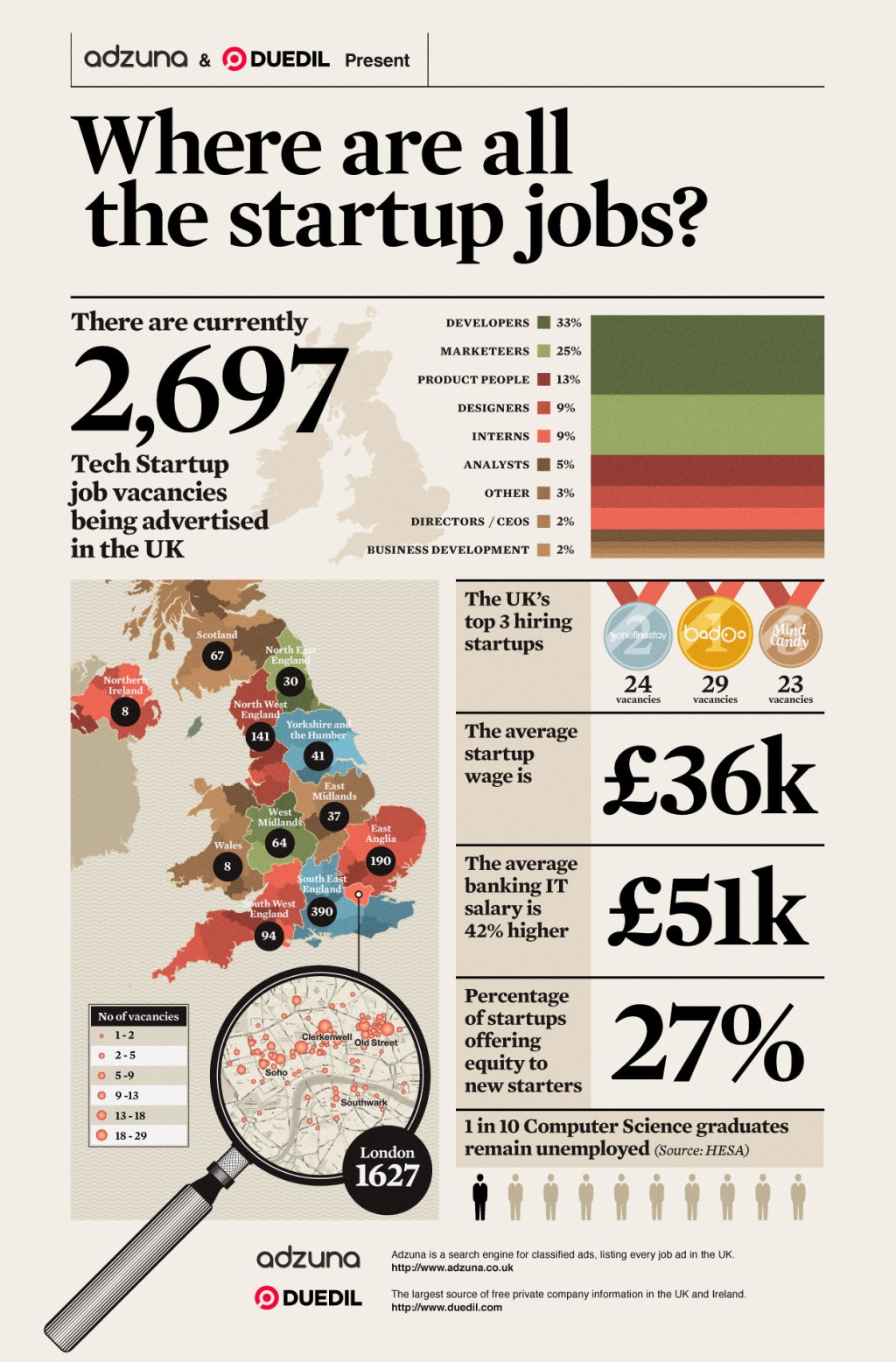 What skills are startups looking for in a new hire? Duedil and Adzuna just analyzed 2,697 startup job vacancies in the UK to find out.

The top buzzwords were “Big Data” (133 mentions), “Augmented Reality” (106 mentions), “OpenGraph” (88 mentions) and “Social Discovery” (72 mentions). So if you are a Big Data developer who’s a dab hand at AR interfaces, you are golden.

In terms of job areas, 33 percent of vacancies are for developers followed by 25 percent marketeers. Product managers trail in at 13 percent implying that marketing your startup product is more important than designing it well.

Other findings were, unsurprisingly, that the average startup job salary is much lower than a banking IT salary, £36,344 as opposed to £51,158. In compensation, 27 percent of startups currently hiring in the UK are offering equity to new starters but given new data on how 3 out of 4 VC-backed startups fail, you might want to ask your potential new employer to show you the money.

Despite the apparent tech boom in the UK as elsewhere, 1 in 10 Computer Science graduates remain unemployed. They might want to look further afield to the Republic of Ireland. In spite of the country being in the IMF program, my sources there tell me that there’s more or less full employment in the tech sector. Go west young man.