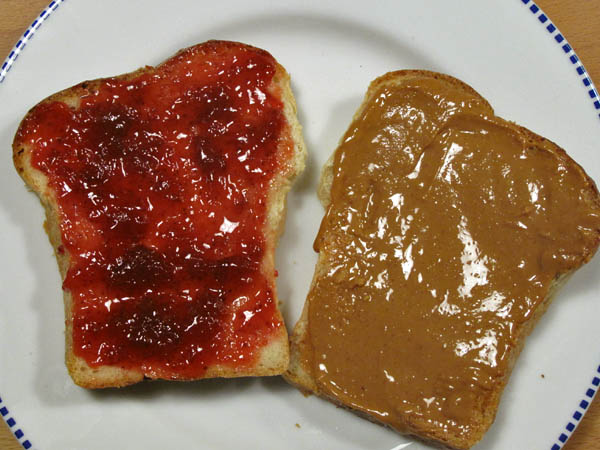 I almost used an image of a peanut butter and jelly sandwich for my post on Lexus’ new startup contest. Alas, I went the Justin Timberlake route, but I still found this tantalizing photo of a PB&J inspired treat that I thought I would share to sweeten up your Monday blues.

Real-time social media analytics company Dataminr uncovered $13 million in its second round of investment today. The company targets organizations in the financial and government sectors. It has a multi-year partnership with Twitter that gives it access to the full Twitter firehose, which contributes to its perceived value as an investment. Read the press release.

Big data company eXelate has taken $12 million in financial vitamins to support its continued growth. eXelate’s analytics services target digital advertisers. Its engine looks at online consumer demographics and behavioral patterns, which businesses and agencies can use to inform their marketing decisions. The round was led by new investor NewSpring Capital. Carmel Ventures, Menlo Ventures, and Trident Capital put their money in again, and to date, eXelate has raised $32 million. Read more on VentureBeat.

Application development company Trackvia has received a $7.1 million boost for its platform that enables businesses to create custom apps. The platform seeks to replace IT departments or the necessity of hiring a third party developer. “Non-technical business people” can build and deploy their own apps. This is its second round of funding, led by Longworth Venture Partners and Fairhaven Capital. Existing investors Access Venture Partners, Flywheel Ventures, Draper Associates, and Allen & Company, also participated. Read more on VentureBeat.

Lexus brings the sexy back into hardware development

Lexus has launched a startup competition called Lexus Ignition. Eight products will face off, two at a time, over the course of the next four weeks. It will take place on the Facebook page, where visitors vote for their favorite. The winning team will receive up to $25,000 in funding to bring these ideas to market. Read more on VentureBeat.

Navigating Cancer finds its way to $2M in new funding

Health portal Navigating Cancer has completed a $2 million round of funding led by Western Technology Investment. The site is a resource for cancer patients and is used by more than 500 oncology providers across the country. This brings the company’s total to $5 million, after the $3 million it look last year from Rustic Canyon Partners. Read the press release.