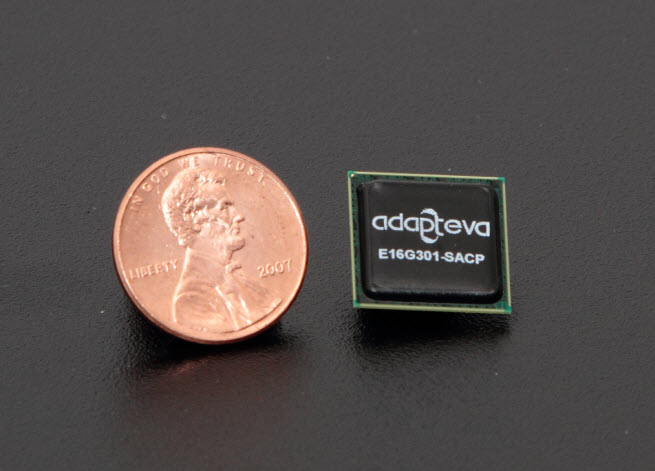 Adapteva is launching a crowdfunding campaign on Kickstarter so that it can create a $99 supercomputer for the masses. 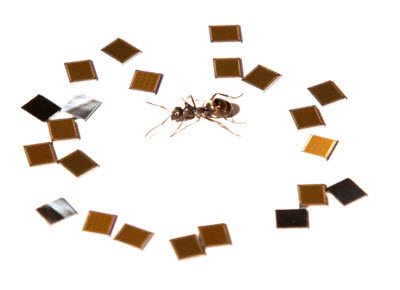 The move is a last-ditch funding effort for an ambitious team that at first tried to create a 64-core supercomputing chip for smartphones that would have been the most energy-efficient computing platform on Earth. It’s also an attempt to create a movement around cheap and open hardware that fans can bring into production via their own enthusiasm.

Adapteva wants to raise $750,000 or more for a project dubbed Parallela. It will be tough. Lexington, Mass.-based Adapteva wasn’t able to raise more than its $2.5 million in seed funding to date. So it has turned to Kickstarter, where it hopes to start a community of people who will promote parallel computing on a variety of platforms. 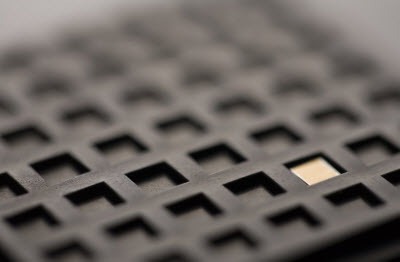 “We quickly discovered that selling disruptive technology to large businesses is very difficult,” said Andreas Olofsson, chief executive of Adapteva, in an interview with VentureBeat. “They move very slowly. We felt like we didn’t want to wait anymore.”

In doing so, Adapteva is following fan-hyped hardware companies like Rasberry Pi, the credit-card sized computer that can play games like Quake.

“We like to see what happens and how jazzed people get when hardware gets cheap enough and open,” Olofsson said.

Adapteva has designed a pair of chips that have the performance of a supercomputer in a tiny space. The 16-core chip uses an older 65-nanometer process and could be sold for $99, while a 64-core chip using a 28-nanometer process could be sold for $199. These chips have the equivalent of 16 or 64 brains working in parallel, in contrast to most PCs that operate on anywhere from one to four cores.

The problem is that most programmers aren’t skilled in programming lots of cores operating in parallel. 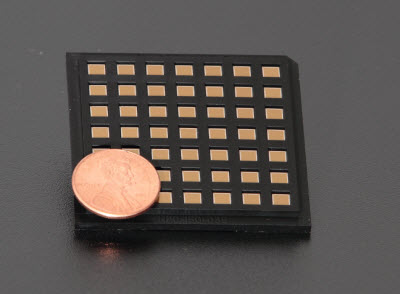 To address that, Adapteva is also creating an open platform with open software that will enable anyone to learn parallel programming in C++, at any level of expertise.

Linley Gwennap, chip analyst and head of the Linley Group, a chip market analyst firm, said in an interview that Adapteva has proven itself on the technical front with its prototype chips. The performance is impressive because it focuses solely on math-intensive operations known as floating point operations. But to make a complete system, you also need to have a central processing unit (CPU) and a graphics chip. That means instead of two major computing systems (the CPU and the GPU), computer makers would have to have three major systems (CPU, GPU, and Adapteva chip) — and that may be what chip makers are balking at, Gwennap said.

“They have done some smart things and focused on this one thing,” Gwennap said. “But you have to pair it with something else to make a full computer.”

Adapteva was founded in 2008 and it has five employees. Competitors include the likes of Nvidia, Intel, Advanced Micro Devices, and Tilera. But Adapteva says it has created a design with extremely low power consumption. While it is hopelessly outnumbered, Adapteva has done the impossible, designing four generations of chips to date at a fraction of the usual cost. (It often takes $50 million or more to bring a modern semiconductor chip to market, using a team of dozens or sometimes even hundreds.)

The company used the low-cost approach of creating the design that it would license out to other chip makers, similar to the way chip designer ARM works. But the approach was so novel that nobody really wanted to take a risk on it.

“This Kickstarter is kind of a last resort,” Olofsson said. “Kickstarter is a great choice because it allows us to bypass all the gatekeepers. We’ll let the market decide if anybody wants this or not.”

The Kickstarter money will be used toward bringing down the production costs of the chips by ordering more wafers. Right now, the chips have to be built in contracted chip factories on wafers where Adapteva’s chips have to share space with other chips. The cost for those chips is $200, but the cost with higher volumes can come down as low as $2 per chip.

Adapteva created its first 65-nanometer Epiphany prototype in 2009 and it raised a first round of funding from BittWare in November 2009. It created its 16-core chip in May, 2010, and did a second version of that in December. It shipped 65-nanometer chips in May, 2011, but found it hard to find customers.

We wrote about Adapteva a year ago and it has recently completed its latest prototype, a 64-core, 28-nanometer chip, in August. That chip is expected to have 70 gigaflops of performance while consuming a single watt of power. Olofsson said that Adapteva got the power of its chip much lower by tossing a lot of things out. The chip won’t run a full operating system such as Linux; rather, it functions as a companion chip, or co-processor, sitting alongside an Intel or ARM-based microprocessor.

Researchers are the first target market for the initial, board-level computer from Adapteva. Then, if it catches on, the chip could be used in a wide range of mobile-focused markets, including running applications for machine vision, radar, speech recognition, software defined radio, security and medical diagnostics. Adapteva itself isn’t doing its own applications. It is hoping the Kickstarter campaign will galvanize more third-party app development.

“It could be used by anyone who is interested in parallel programming,” Olofsson said.

Several military vendors have used the Adapteva chip and dozens of other organizations have been evaluating it. Several universities (Northeastern, MIT, Baylor University) have projects based on the technology. But the Kickstarter program is a way to expand and bring this technology to a lot more people, Olofsson said.

Gwennap said that the hobbyist community alone won’t be a big enough market for the chip. But it could be a stepping stone to getting larger chip makers to pay attention and adopt the architecture.

Prior to starting Adapteva, Olofsson was a contributor to a number of successful chip design projects at Analog Devices, including the TigerSharc digital signal processor family of chips. He also was the architect of a line of charge coupled device controllers for digital still cameras. That family of products sold more than $100 million.