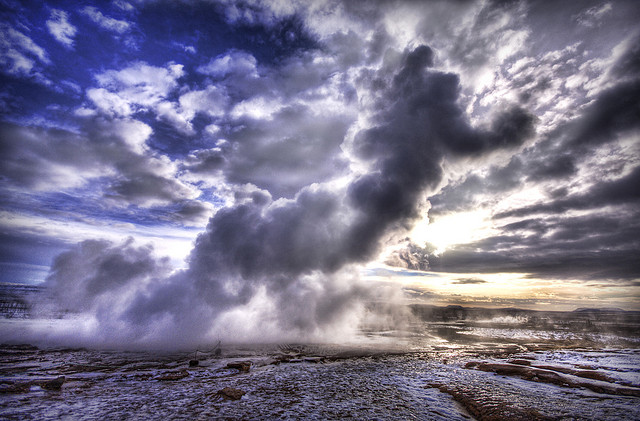 According to a 2007 Gartner study, the IT industry produces as much greenhouse gas as the entire aviation industry. That’s one of the reasons Eiki Hrafnsson and Tryggvi Lárusson created GreenQloud, the first public cloud fully powered by 100 percent renewable energy resources.

It helps that GreenQloud is based in Iceland, where the only energy available is renewable energy. Iceland runs on 70 percent hydroelectric and 30 percent geothermal energy.

Pair that with three current high capacity data cables connecting Iceland, North America, and Europe — with a fourth scheduled to go live in 2013 — and you’ve got a recipe for a green cloud that can serve demanding clients in the two most data-heavy continents on the globe. 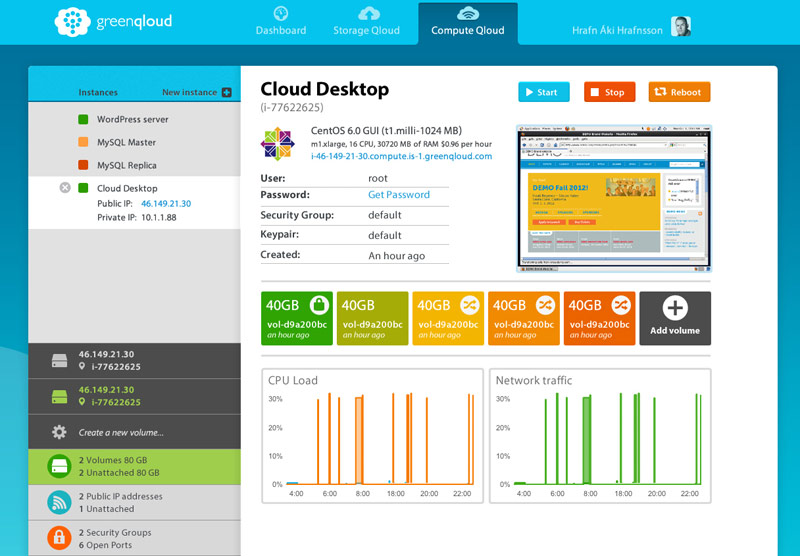 While the company is just coming out of public beta today at the DEMO Fall 2012 conference, it already has some significant traction:

“We launched our beta signup program in July 2011,” chief marketing officer Paula Gould told VentureBeat. “Since then, we’ve received accolades from top industry outlets such as Gartner … and Greenpeace. We have registered beta users from 61 countries, with the largest concentration of users hailing from the US.”

GreenQloud offers infrastructure-as-a-service (IaaS), including compute, network, and storage resources — all based on open source technologies and commodity hardware. The company has built partnerships with software, platform, and database vendors to also seamlessly provide Saas, Pass, and DBaaS services. And in addition, to ensure ease of use for eco-friendly clients transferring their data and/or computing from Amazon, GreenQloud says that it is Amazon-compatible.

The company is attractive to businesses, as well as investors, not only for its environmental benefits, but also for the cost-savings.

“Green energy matters a lot to some enterprises,” said Google’s developer advocate Dan Dodge. “I’m not sure how much it matters to others, but the thing about this one is it is actually lower cost. Just on cost, GreenQloud has an advantage, and adding green to it makes you feel good.”

There is a web-based management interface, but CTO Tryggvi Lárusson has goodies for developers as well as managers:

“Experienced or advanced users can even use GreenQloud’s APIs — compatible with the most widely used IaaS clouds on the market — with existing tools made for other cloud solutions, out of the box, without having to tailor them specifically for GreenQloud.” 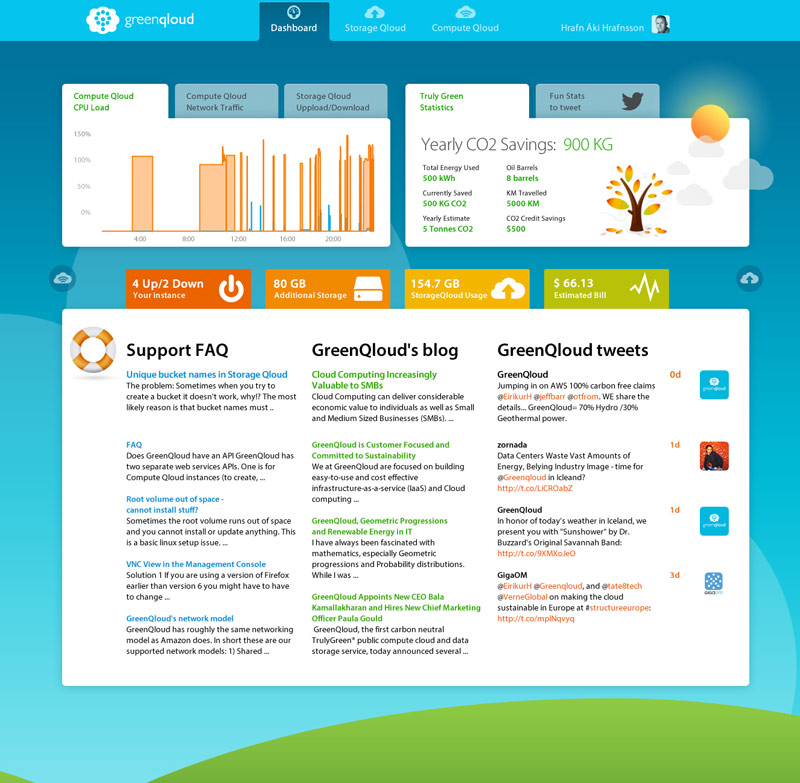 GreenQloud is one of 75 companies and 6 student “alpha” startups chosen by VentureBeat to launch at the DEMO Fall 2012 event taking place this week in Silicon Valley. After we make our selections, the chosen companies pay a fee to present. Our coverage of them remains objective.