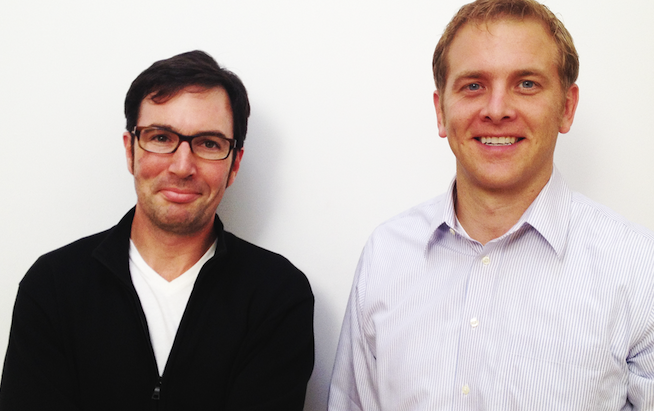 Sit down with execs from any tech company in America and ask them about their biggest obstacle to growth. 99 times out of a 100, they’ll tell you about their ongoing struggle to find technical talent.

Software engineers are more elusive than girls at a Silicon Valley tech conference. Similarly to finding a date, in a bid to attract the most sought-after engineers, recruiters typically turn to the Internet.

Entelo, a startup that is announcing its public beta today, has developed an algorithm that connects tech recruiters with likely candidates based on their online activity. It has indexed over 300 million social profiles — the “big data” technology can determine where tech savvy types like to go online and can pickup on their interests and expertise.

Most software engineers will exchange ideas and their most sophisticated code on sites like Github or Stackoverflow. They might also answer show off their knowledge on a Q&A site for Silicon Valley types like Quora. Meanwhile, designers can show off their skills on Dribbble (invitation-only show and tell for creatives) or online portfolio site, Behance.

When they are unfulfilled in a current job, chances are they’ll share content on these sites with a renewed vigor.

Founder Jon Bischke told me that the idea for the company originated during coffee meetings with fellow entrepreneurs. Most of them complained about the lack of engineering and sales candidates in their pipeline. The former entrepreneur in residence (EIR) at Battery Ventures said it was enough to convince him to start a company. Since then, Entelo has grown to 10 employees, and has raised an undisclosed sum in first round funding from Battery Ventures and Menlo Ventures.

Bischke is one of the few founders I have spoken with who has no problem recruiting engineers. 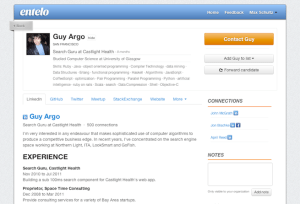 Entelo’s first customers have used the site to find talent in places you wouldn’t expect. For instance, if a college senior in Kansas posts some impressive code on Github, they might receive a call from one of Entelo’s customers the following week. Bischke told me that Github is a fan of Entelo as it encourages job-seekers to share their code in return for landing a dream job.

The algorithm prioritizes engineers at companies that are experiencing a rocky quarter, a low stock price, or lay-offs. This month, Zynga’s hot-shot mobile designer might appear at the top of the list. That very same designer would be pushed up further still in the rankings if they had recently posted some code or updated their status or location.

The company competes with “talent search engines” like TalentBin and Gild, as well as traditional online job boards. Its customers (primarily small and medium sized tech companies) pay $500 per month to use Entelo, which is a darn sight cheaper than the cost of hiring a recruiting agency. In future, Entelo may expand its offering to integrate with education startups like Coursera or Udacity, so tech companies can connect with the budding coders and designers who excelled at an online class.