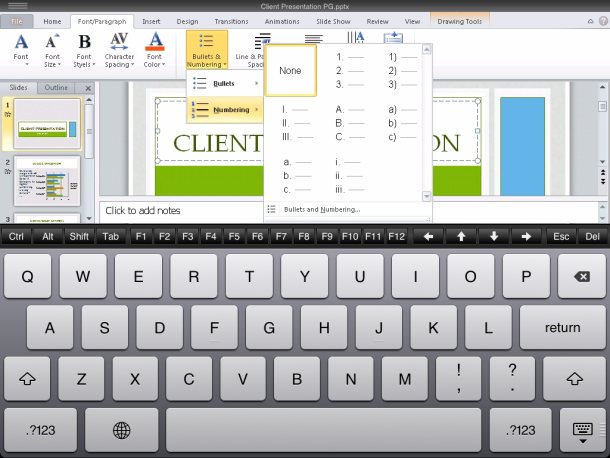 CloudOn is continuing to lead the market for tablet owners who actually want to get work done.

The company has nabbed more than 2 million downloads for apps that bring Microsoft Office to the iPad and Android tablets, and today it’s making them even more enticing with a major update.

Version 2.5 of CloudOn’s apps add a larger version of Microsoft Office’s Ribbon interface; the ability to make annotations in Word, Excel, and PowerPoint (which are viewable to people not using CloudOn); an activity stream for files, dubbed FileSpace; and Universal Language Support, which will prime the app for international markets.

“This is the first time we wanted to start expanding beyond the delivery of Office,” said CloudOn chief executive and founder Milind Gadekar in an interview with VentureBeat. The company is now looking to optimize its apps to reflect productivity in the mobile world, hence the larger icons in Office’s Ribbon.

The company has seen explosive growth since launching on the iPad in January, reaching more than 1 million active users in just six months. Gadekar tells me it’s also the No. 1 productivity app in more than 70 countries. The company released a major iPad update in April, and landed on Android tablets in May.

Some users have become so reliant on CloudOn that they’ve given up on lugging computers around, and instead travel with their tablets and a BlueTooth keyboard, according to Gadekar.

CloudOn is competing with other virtualized desktop companies, like OnLive’s Desktop product, but it differentiates itself with a clear focus on productivity apps.

Palo Alto, Calif.,-based CloudOn has raised around $33.5 million in total, most recently with a $16 million second round in June. Investors include The Social+Capital Partnership, Translink Capital, Foundation Capital, and Rembrandt Venture Partners.