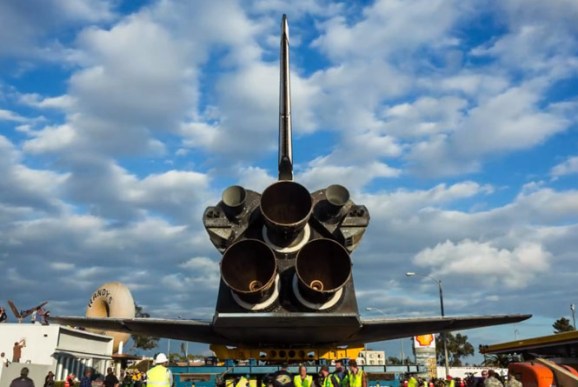 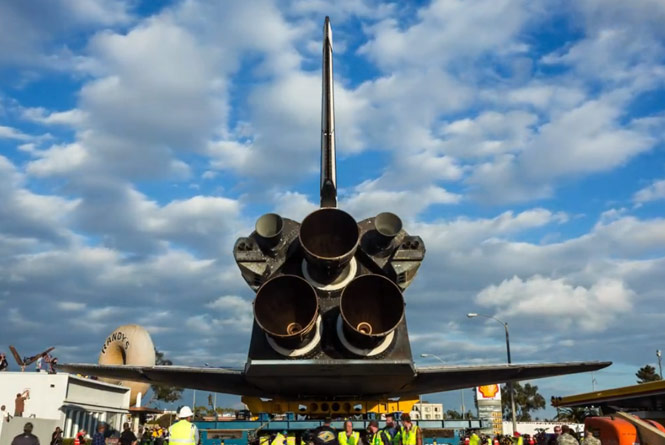 25 missions to outer space. 4671 orbits around planet earth. A few thousand miles crisscrossing the US on a farewell tour.

And then just 12 miles from the airport to the California Science Center. Twelve miles, of course, at an average speed just .01 percent of the 17,500 miles per hour it once had to fly to at least temporarily slip the surly bonds of Earth’s gravity.

Space shuttle Endeavor is now home  in L.A. A very special team of photographers and helper combined to take amazing high-res photography of its journey, which they released just a few days ago.

Here it is in time-lapse photography: