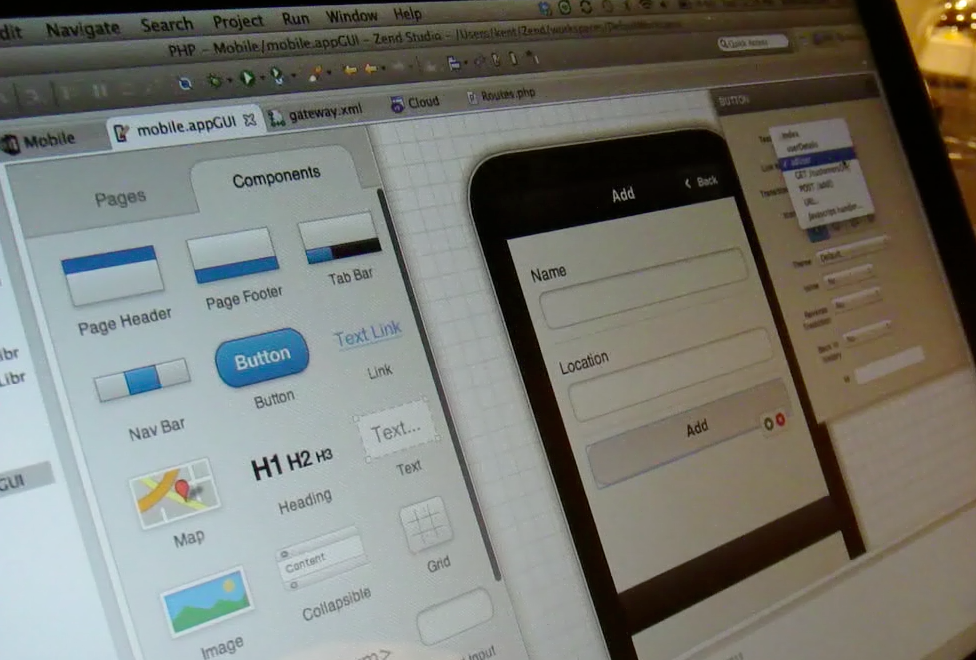 Imagine designing and creating a native mobile app for iPhone or Android that connects to web services in about 10 minutes. Oh, and you’re creating the web services at exactly the same time.

Now stop imagining and just watch the video below.

I just interviewed Kent Mitchell, Zend’s senior director of product management. Zend, of course, is the company that makes the most-used PHP development environment. It’s the company started by Andi Gutmans and Zeev Suraski, the primary originators of the PHP language (after founder Rasmus Lerdorf).

PHP jockies out there will be impressed, I think, to find that Mitchell is not just a marketing drone … he’s a full-on, hard-core, honest-to-goodness developer.

And given that Zend just announced the ability to create mobile apps directly within Zend Studio, I challenged him to show me how it works, from start to finish.

I think when you’ll watch that you will find he came pretty damn close:

As Mitchell says, “In just a few minutes, I’ve created a new web service, I’ve deployed it into the cloud, and I’ve created some new widgets on this mobile site. Now, we want to turn around and make this a native application.”

And he does, in just a few more clicks, create a project that is tied to the Xcode tools that iOS developers would normally use to create native apps. The same functionality, of course, is possible for Android applications.

Frankly, this is pretty amazing.

While creating apps, developers can test and view their apps right on their development machine, and integrated debugging is included. It’s an over-used expression, but this is a game-changer for developers and enterprises.

Disclosure: Zend paid most of my travel expenses to attend ZendCon. My reporting, however, remains my own.