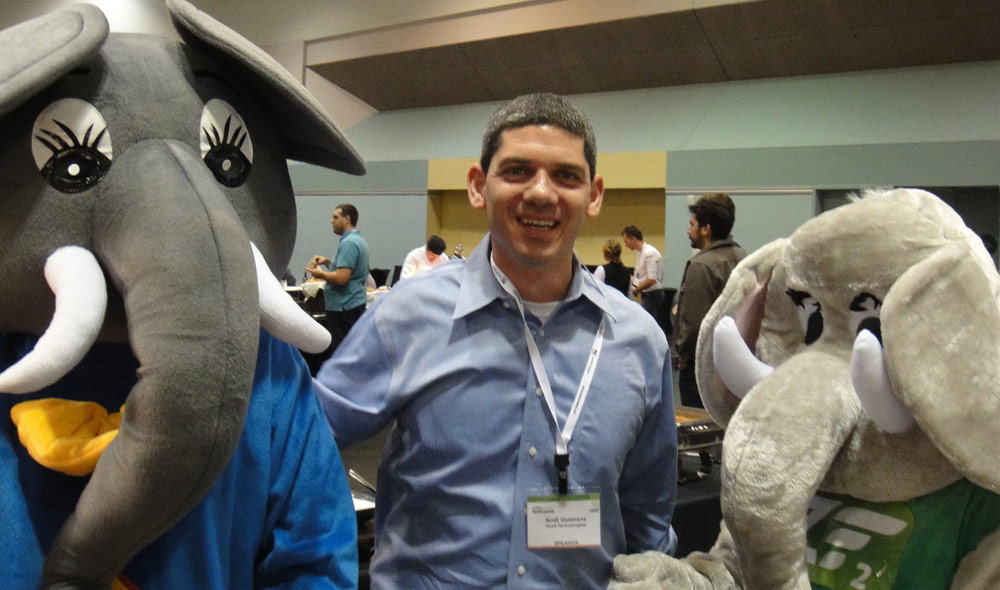 Andi Gutmans has been working on PHP, the code that drives perhaps 75 percent of the web, since 1997. Today he’s the chief executive of Zend, the company most closely associated with PHP, and the provider of the Zend engine, which is PHP’s core.

Yesterday, Zend announced that the new version of Zend Studio will lead to what Gutmans calls ‘cloud-connected mobile’ apps.

In the updated development environment, you can simultaneously create server-side code, integrate web services, communicate with legacy infrastructure … and design and build native mobile apps for iOS, Android, and Windows Phone, all in the same project.

I chatted with him today at ZendCon.

VentureBeat: How many years have you been working on PHP?

Andi Gutmans: Since 1997. I guess that’s about 15 years. Sometimes, when I look in the mirror, I realized that, yes, I am actually older now.

VentureBeat: You’re now the CEO of Zend, of course. Do you still contribute any source code?

Gutmans: Not too much … not actively. My main contribution is that I still do review source code. We’re still the key maintainers of PHP to this day. So my only real engineering meeting is on the Zend engine.

VentureBeat: You’re one of the still fairly rare developers who became and is still his company’s CEO. Talk to me about that transition. 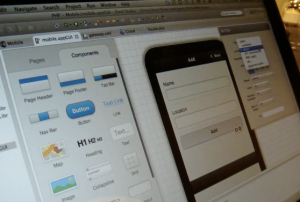 Gutmans: It actually happened about three and a half years ago, fairly recently. Originally, we [Gutmans and co-founder Zeev Suraski] had no aspirations to run the business. So we brought in a CEO.

When he left, I was the number two, and still had no aspirations, so we recruited another one. But then I moved to Silicon Valley. I became a more outgoing CTO and started meeting partners much more frequently. I basically transitioned to biz dev, and between 2004 and 2009, I was almost a member of the marketing team.

I won’t tell you what they used to call me!

It sort of happened naturally, between 2004 and 2009. I think it’s important to really understand where the market is — this is a very technically driven filed — and over time I built a business sense and become more effective at making deals.

Then in 2009 the board reached out to me and asked me to take the leadership role. It still wasn’t my plan, but they wanted a founder focus and a strong focus on product — we had started to do too much services. So what I’ve done over the past three years is move the company from 20 percent of revenue on runtime (software sales) to 70 percent today.

And we’re profitable today — it was a big step up for the company.

The one skill I benefited from from being an engineer was my Excel ability. We have a volume business, and the ability to analyze the business becomes more and more important. Sure, it’s 50 percent data and 50 percent gut, but the data is important.

It’s a tough job — there are always moments of regret — but it’s been great. Being a CEO is not easy. I really liked Ben Horowitz’ article on making yourself a CEO. 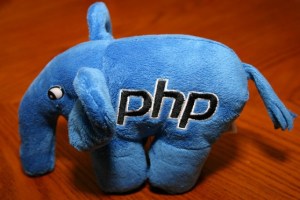 Above: The PHP elephant

VentureBeat: PHP 5 was released in 2004, now we’re on 5.4. Is development slowing down, do you have less to do, or are point releases actually incorporating more functionality?

Gutmans: It’s a balancing act. There are constantly new versions coming out as we see some of the best practices around frameworks, for example in 5.3 support for closures.

On the one hand, you have to be careful you don’t add too many new features. PHP is such a huge community you want it to be stable, but you need to find a balance between being stable and not bloated, but also bringing in new features.

One area that we’re always working on is performance: There’s always more work being done on the engine to find speed improvement.

VentureBeat: When can we expect 6.0? What’s on the road map for that?

Gutmans: There isn’t a road map right now — the PHP community doesn’t always have timetables. 5.5 is being worked on, but the decision on when it’s 6 or 5.5 is based on number of features we’re adding.

And our preference is to keep backward compatibility, too.

VentureBeat: You’ve talked a lot about “cloud-connected mobile apps.” What do you mean by that, and what does that mean for the apps of the future?

Gutmans: We all see how user interaction is moving to mobile first, and by that we mean phones, tablets, and touch, which demand a new interaction paradigm. What’s changing is that the use cases for how you consume services and how you interact change, and that has implications for how you build not only your client side but also your server side.

That’s why I say “cloud-connected-mobile” and not just mobile.

It’s not just about the client, it’s about the services that the client consumes. Business logic runs on the server side, and now the cloud services … they need to tailor to this new interaction paradigm.

VentureBeat: Fast-forward five years. Where is PHP, and where is Zend?

Gutmans: We think PHP has a unique opportunity to be the enterprise standard for web development and mobile.

With the agility and the speed and the interoperability that you need when developing … that is where PHP has a sweet spot. The incumbents like Java and .Net have a tough road. Java, in my opinion, is too heavy a solution and too slow, and .Net has issues because cloud is less Windows-centric.

And the new players, Ruby for example, don’t have the enterprise support that we’ve built over the years for PHP.

So there’s a really great opportunity for PHP to capture those new apps that are being built. You’re still going to have Java forever on the backend.

On the client side … I believe web technologies will ultimately win. As we see mobile take over … you’ll see increased fragmentation, so the web will increasingly be the platform. I think that will happen within 3-5 years.

I don’t think it’s going to be a sustaining strategy for them — over time they will have to open up to the web. Right now, Apple is not enabling us today to do mobile apps in the most high performance way … they’re not giving us access to APIs that you can get on Android.

They state security is the reason, but I think they’re trying to create some roadblocks to having an optimized web experience and to protect the objective-C ecosystem.

I’m still a big fan of their devices, though. [He pulls out a iPhone 4S.]

VentureBeat: Are you planning to get an iPhone 5?

Gutmans: I don’t know. Probably not. I do intend to get an iPad mini, however, to replace my first-generation iPad.

Disclosure: Zend paid most of my travel expenses to attend ZendCon. My reporting, however, remains my own.