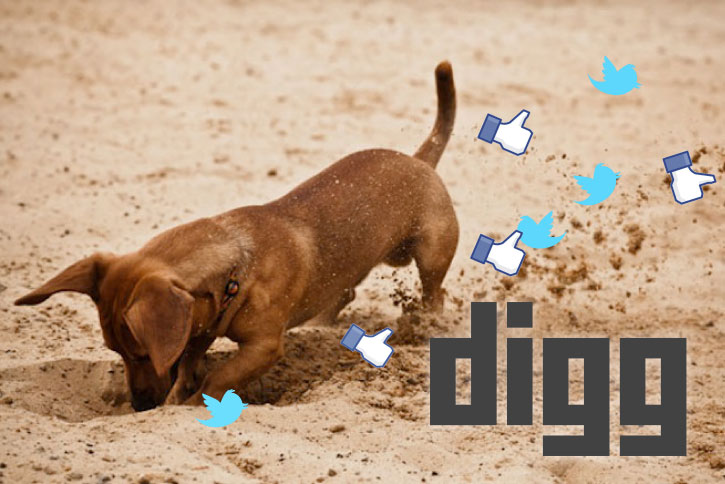 In our story, the word trash refers to two subjects: Digg.com itself, and the community of people who contributed to its rise and fall. The former was discarded, practically given away, to Betaworks over the summer. Six weeks later, the community was also dumped by the wayside when the new owners released their unique interpretation on social news.

Not surprisingly, Digg’s former power users are underwhelmed by Betaworks’ machination, peeved that identities crafted over the course of eight years vanished from the web. But Digg’s new landlords did more than abandon former tenants: They erected an experience that downplays the value of the digg. They replaced the often-abused button with a “thumbs up” icon that actually has little to do with the formula for determining featured content.

“Essentially, it’s an entirely new experience,” Altimeter Group analyst Brian Solis told me. “This bears, to me, very little resemblance to the model and culture of [the old] Digg.”

What’s in a digg?

He’s right. The curious observer will notice that now Digg’s top stories, the articles with the highest billing on the homepage, don’t typically have the highest scores. The same observer may scratch her head at the discovery and ponder, “What makes this a top story?”

“I can’t tell you how they choose their stories these days, because I’m not really clear on the process. It’s certainly not the way it used to be,” former Digg power user Andrew Sorcini told me.

Known to Diggers as “MrBabyMan,” Sorcini actively used the social news site from 2005 until 2010, when Digg released a controversial version (version 4) that repelled many of its most ardent fans. Sorcini held the number one spot on Digg’s leader board at one point.

The old process of story promotion, as Sorcini described it, had a lot to do with diversity. The total number of diggs certainly factored into a story’s rise, but Digg also employed an algorithm that considered diggs generating from different geographical regions, the time of day, and user status. “The more organic and diverse the diggs … the more likely the story would be promoted,” Sorcini said.

Still, it was an algorithmically-managed system. There wasn’t much editorial selection involved in story promotion, Sorcini said.

Puzzled, this inquisitive reporter decided to find out what makes a story bubble up to the top of the new Digg. That’s because the new Digg seems to be uncovering a panoply of articles that I actually want to read.

I was never much of a fan of the original Digg. But I’ve gravitated to the fresh, white-washed, people-less, and clean Digg.com like a news junky in need of a fix. I get my fix and return each day for more, most often using the iPhone application for quick and easy reads.

“As a consumer of information, I appreciate its simplicity and its elegance in that simplicity,” Solis said of the new service. He sees the new Digg as a cross between Techmeme and Pinterest in terms of functionality and presentation.

The Digg of yore repelled me, but this new, foreign thing is inviting. Gone are the noise, trolls, traffic-gamers, spammers, gnarly comment threads, and negativity. Here instead I find a single, compelling voice speaking for the Internet at large. 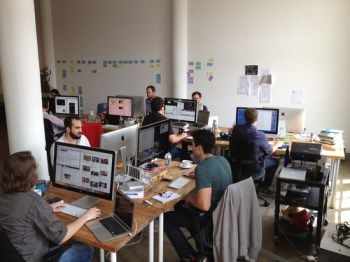 Above: Digg’s new team, which includes a few moderators who watch social data to determine where a story should live on the homepage.

But whose voice am I — are we — listening to?

Digg’s general manager, Jake Levine, explained it to me — partially.

“The top stories section is powered by a mix of social and behavioral data sources,” Levine told me. “It’s up to the Digg moderators to sit on top of this data, organize it, and then present the most talked about stories on the web.”

Sources, said Levine, include Facebook, Bit.ly, News.me, Twitter, Chartbeat (a tool online publishers use to track hot stories), and last but not least, diggs. The exact formula isn’t for public consumption, he said.

You’d be right in observing that Digg’s new formula is even more altered than its look. Today, the Digg user has little say in selecting or burying top stories, while in-house moderators play God.

There’s no point to having a “digg” button on the site, Solis said, because the concept of a digg, or the ability to push a story forward by voting for it, has been done away with entirely. The new Digg, he said, feels like it’s taking the pulse of a social web instead of relying on a community of active and invested people to go out and find the best content.

Today’s Digg user does not receive credit for submissions, points for repeat activity, or any status for activity whatsoever.

Ask Levine and you’ll learn that Betaworks intentionally wiped away the community aspect to rid the site of spam, the very problem that drove Sorcini away in 2010.

Digg suffered from two types of spam: regular spam, the kind that clogs your email junk folder; and marketing spam, or content that wasn’t very interesting to the community but was artificially promoted by news outlets or marketing firms hired by publishers. Digg’s 2010 Version 4 treated the concept of publishers promoting their own content as a positive attribute, and that resulted in marketing or SEO-optimized articles hitting the front page far too frequently for power users’ tastes.

“Digg handed the site over to publishing interests and other promotional partners,” Sorcini said of version 4, which was released to widespread criticism in August 2010. “[Digg] made it difficult for individual content curators to be able to curate stories and have them be voted on.” 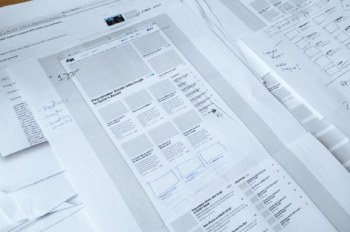 Above: Early mock-ups of Digg v1

In erasing the community, Betaworks gave itself a tabula rasa to start from.

“Regarding the community: Digg had a major spam/abuse problem when we took it over,” Levine said. “There were some really great people using the old Digg, but they were totally crowded out by spammers and marketers who cared more about making a buck than promoting a healthy community.

“The site we built in six weeks did two things: It restored a great discovery experience, and it eliminated the spam problem.”

Digg’s new owners have committed to adding people back into the mix in some way.

“Now we turn to the next big problem: opening up channels for participation without welcoming back spammers and marketers,” Levine told me. “We want to live up to what Digg was at its best, we just need to rethink what that means for a web that looks a lot different.”

Too little, too late?

Sorcini said he probably won’t return to Digg, even though he appreciates the absence of spam.

“If you had asked me a couple of years ago, I would have said yes,” he told me.

Solis spoke about the same shift in news consumption habits as the new Digg’s biggest obstacle.

“In a world where BuzzFeed is getting so much attention, I wonder if this is enough,” he said. He sees Digg’s future as an editorial property and questioned whether it could stand out from Twitter and Facebook, which offer people a “good enough” stream of news items to choose from. “There are a million places to go to get content.”

But Levine pointed me to early evidence that Digg is doing just fine — better than expected, actually. Apparently, 4 million people have checked out the site since relaunch. And after discounting version 4’s bogus visitors, Digg’s traffic has actually increased since the relaunch, Levine said. Like me, it seems, some people actually like the more curated approach to the day’s news.

“We’re hearing from more and more people that Digg is becoming a daily source of news for them, and from publishers that it’s becoming a traffic source again,” Levine said.

Proof that one person’s trash can be another’s treasure.

VentureBeat writer Tom Cheredar contributed to the reporting of this story.