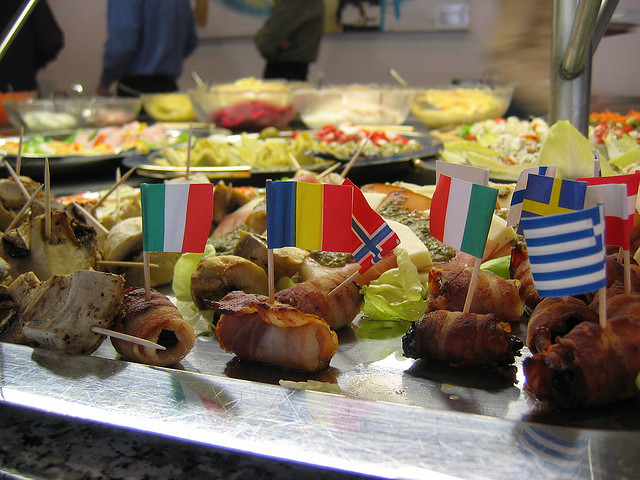 There is an international flair to Funding Daily today, as companies from across the pond pull in funding, as well as Spanish-language ed tech site. Throw in a startup that delivers chef-created meals to your door and a squirt of lime[ade], and you have a cross-cultural feast of investment delights. Napkins in your lap please.

Google Ventures, Google’s venture capital arm, has boost its fund size to $300 million from $200 million in a bid to compete with the largest, most established venture capital firms in Silicon Valley. As originally reported by Reuters, the firm will be able to invest in more later-stage deals, typically over $10 million per investor. Google Ventures invests in over 100 companies per year and a typical investment is around $250,000. It currently selects around 15 startups per year for a larger investment of over $10 million. Portfolio companies include DocuSign, Airtime, ClearStory Data and Blue Bottle Coffee. Read more on VentureBeat.

Elasticsearch, the open source project for developers to slice and dice their data, has pulled in $10 million. Since launching in 2009, Amsterdam-based Elasticsearch has become one the most popular open source frameworks on the market. Elasticsearch and the growing crop of well-funded “big data” startups, claim to provide the simplest way to crawl through petabytes of information, store a massive volume of data, and extract the most relevant information.This funding round was led by Benchmark Capital with participation Rod Johnson, cofounder of SpringSource, and from big data focused venture fund, Data Collective. Read more on VentureBeat.

Software company Netbiscuits has raised $27 million for its technology that efficiently adapts web applications to smartphones.  The Netbiscuit Mobile Cloud Platform powers, optimizes, and delivers web applications across a range of devices, so the business doesn’t have to. It also offers analytics, hosting and monitoring solutions. Currently, Netbiscuit has a global network made up of 110,000 mobile web apps and sites. It will use this investment to expand further into the US and European markets and work on research and development. Stripes Group led this round, a New York based Venture Capital Firm. Read more on VentureBeat.

Tareasplus, an online education portal for the Spanish world, has raised $1.8 million. The company offers thousands of video lessons on math and science subjects for kindergarten all the way through early college.The content is produced and developed in Spanish by a network of subject specialists. The site averages 36,000 visitors a day from all over the world, though the main users are in Colombia, Mexico, and Chile. Despite targeting the Latin American market, Tareasplus is based in San Francisco to be at the center of the technology (and venture capital) community. The company has raised $1.8 million in seed funding from Academic Partnerships, an organization that helps public universities extend their reach through technology. Read more on VentureBeat.

For those of us who are less than talented in the kitchen but still crave home cooked food, Munchery is a dream come true. Now, with $4 million in funding, this startup will take its marketplace across the nation. Munchery essentially gives users access to their own personal chefs. Local chefs can post daily menus online and people can order them for home-delivery. Munchery currently operates in the San Francisco Bay Area. This round was led by E.Ventures along with participation from angel investors. Read more on VentureBeat.

Social news aggregator Nuzzel has secured its first round of funding just a few months after its launch. The site was started by Friendster founder Jonathan Abrams. It pulls together relevant news from your feed and delivers it to you on a dashboard and in daily email. Until today, Abrams had built the site single-handedly, and he did not receive any external investment.

Clearly, he had no trouble pulling in funds for the startup; Abrams currently runs Founders Den, an elite co-working space in San Francisco alongside Zachary Bogue of Data Collective. Bogue was one of over a dozen seed investors in Nuzzel’s first round. The list of investors reads like a veritable Silicon Valley who’s-who. It includes Dave McClure of 500 Startups, Eric Ries of The Lean Startup, George Zachary of Charles River Ventures, Ronny Conway of Andreessen Horowitz, and Jeff Clavier and Stephanie Palmeri of SoftTech VC. Read more on VentureBeat.

Limeade is squeezing $5 million into its pitcher today, with an investment from TVC Capital. Limeade offers an enterprise level platform that helps businesses manage and deploy their wellness programs. It strives to build “happy, healthy, high-performance workforces” by providing a place where employees can set goals, track progress, and engage with each other. Clients include Jamba Juice, REI, and various medical centers. In the second half of 2012, the company is projected to add more than 100,000 employee users. This investment will go towards developing the product and scaling the customer service abilities. Limeade will also moving to a larger corporate headquarters in Bellevue, Washington. Read the press release.