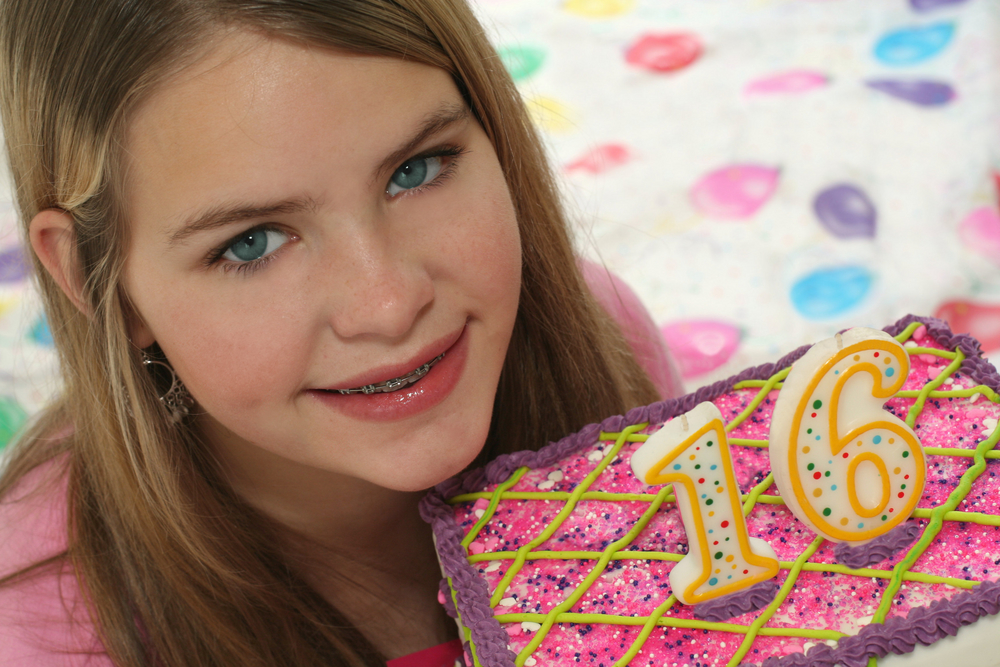 There are 16 funding announcements in all today, which reminded me of the MTV television series My Super Sweet 16. I never watched this show (I swear) due to a lack of cable television in my childhood home and an aversion to spoiled teenagers, so I took this as an opportunity to do a little digging into the opulent affairs put on by narcissistic adolescents and their wealthy parents. From what I can gather, 16 means nothing without B list hip-hop celebrities, cat fights, and body glitter.

10gen, the company behind NoSQL database MongoDB, announced that it received a strategic investment from Intel Capital and Red Hat, although it did not reveal the amount. TechCrunch puts this recent investment at $7.6 million, bringing the total amount raised to over $80 million. MongoDB is an open-source, document-oriented database that provides a flexible solution for storing data. It marks Intel’s first investment in the NoSQL market and an extension of the collaborative relationship between 10gen and Red Hat that began in 2011 when Red Hat launched its OpenShift Platform-as-a-Service. Read the press release.

Billtrust, a company that delivers bills via e-mail, website, or even fax or paper, collected a big pile of the other kind of bills today: It has raised a $25 million second round of funding from Bain Capital, giving it a warchest for acquisitions of other companies as it seeks to increase market share and revenues.

The series B brings total investment in Billtrust to $30 million. The previous round of $5 million came from Edison Ventures more than five years ago. Since that time, Billtrust has grown tenfold — not a bad return on investment. Read more on VentureBeat.

Still in stealth mode, Origami Logic has managed to raise a sizable first round of venture funding to further develop and aggressively market its data visualization and analytics tools for marketing teams.The Silicon Valley-based startup will use the $9.3 million in funding to bolster its sales and marketing efforts and to hire data scientists and engineers. Accel Partners, Lightspeed Venture Partners participated in the series A round. Read more on VentureBeat.

A startup called Continuuity, which raised $10 million today, has struck a chord with developers who are struggling to build big data apps on top of Hadoop. Continuuity promises to make it easier by offering a suite of tools that extend across the various stages of software development from “prototype to production.” In a nutshell, the company makes it easier to build, scale, and deploy Hadoop apps both in and outside the firewall.

In addition to Battery Ventures, investors in the round included Ignition Partners, Andreessen Horowitz, Data Collective, and Amplify Partners. Battery Ventures’  Roger Lee will be joining Continuuity’s board. With this infusion of capital, the company will roll out an aggressive go-to-market strategy and expand its team of developers. Read more on VentureBeat.

Emoticons are so 1990s. These days, it is all about photo sharing and invi is now available on Google Play for people looking to amp their texting. Invi graduated from the UpWest Labs accelerator program and secured $750K in seed funding from Li Ka-shing’s Horizons Ventures, Atlantic Bridge, and a group of angel investors. This texting application replaces contact names with cover photos and makes it possible to share photos and video content in a text conversation without needing to attach it.

Outbound Engine sets off into the wilderness of marketing software with $1.6M

Austin startup OutboundEngine has raised $1.6 million in its first round of institutional funding. Its platform serves independent professionals who are trying to nurture their customer relationships by providing automated, customized email and social media services. Formerly known as Promo Labs, OutboundEngine offers small businesses do-it-yourself marketing tools. This Series A financing will go towards technology investments and expanding into new markets. Floodgate, Austin Ventures, Silverton Partners, and Capital Factory participated in this round.

When I first started researching Mirador, I neglected to add the final “e” and was directed to the 4 Star Hotel Mirador in on the island of Mallorca. Pushing aside fantasies of a Mediterranean getaway I got back on track of my initial pursuit- the IT company Miradore. Businesses use Miradore’s platform to remotely manage the myriad of devices that employees use in this era of Bring-Your-Own-Device. The company is based in Finland and backers include Finnish venture capital firm Inventure and Belgian investor Willem Hendrickx. Read the press release.

Pandas are a quick way to my heart the force behind the Dr. Panda games for kids has snagged $700K in funding. TribePlay is based in Chengdu China, also known as the Giant Panda center of the world. It developer mobile educational games for preschool kids, including Dr. Panda’s Restaurant, Dr. Panda’s Hospital, and Dr. Panda, Teach Me. The games strive to impart educational values beyond language and math skills to teach children about the world around them. They are available in the App Store and on Google Play. After launching in April, the company recently crossed the 1 million download threshold.

Back in the Rust Belt’s heyday, Cleveland, Ohio was a hotbed for entrepreneurship, innovation, and commerce. The recent economic climate has not been kind to this region, and over the course of the past couple decades, thousands upon thousands of people lost their jobs. To address the bleak state employment, JumpStart was born to stimulate a startup ecosystem in Northeast Ohio.

Little black boxes are perhaps best known for containing diamond rings, but they are also used to create barcodes that smart phones can scan. Visualead offers a Visual QR Code Generator that makes it easy for marketers, advertisers, and designers to embed QR codes into any image. According to the site, Visual QR Codes “have been shown to increase engagement significantly, creating a communicative, creative, and effective visual call-to-action.” The startup is based in Israel and raised this seed round from Kaedan Capital Group and angel investors.

I saw Skyfall last night, so my immediate reaction to the phrase “space pencil” is more along the lines of James Bond than web analytics. As it turns out, Space Pencil Inc shares similarities with secret agents, in that it has operated in stealth mode for years. According to an SEC filing, Space Pencil collected $2.2 million in an equity investment. Tony Conrad of True Ventures is listed as an investor. True Ventures, along with SoftTech VC and Dave McClure participated in the 2008 seed round. Space Pencil also closed a $2.86 million Series A in 2009. Read the SEC filing.

Paxata is on its way to closing a $2 million Series A round of funding. An SEC form filed today indicates that this stealthy startup has racked up $1.49 million of its goal. Paxata is hard a work in Redwood City to “change the way enterprises and businesses leverage data.” The company has not responded to inquiries about the round. Read the filing.

Spruce Media spruces up with $15 million for Facebook Ads

Spruce Media has raised $15 million for its buzzword laden product. It is an ‘enterprise class social software solution” specifically built for Facebook Ads. The intent is to help brands turn Facebook ‘likes’ into actual influence and sales. The platform offers an end-to-end solution, starting with API integration, moving through ad creation, and optimization, and ending in analysis. There are also tools for automated bid and budget management, comparison testing, targeting, collaboration and workflow.

Spruce is one of the 12 Facebook Strategic Preferred Marketing Developers and is growing in size and revenue fast. This investment from Square 1 Bank will scale the development team and promote sales. Spruce Media has 60 employees distributed across the US, although the headquarters are in San Francisco.  Read the press release.

Percolate drips $9 million into its coffee cup of content

Both coffee and social media are necessary to keep up with the time. Percolate offers a software-as-a-service that helps brands create relevant social media content. Many large businesses and Fortune 500 companies understand the importance of a social media presence, but have no idea what to contribute to the Twitter and Facebook universe. This is where Percolate swoops in to save the day. Clients include Reuters, Budweiser, MasterCard, Nokia, IBM, ING Direct, and Denny’s. Because the All-American Slam needs to be promoted. To support these efforts, GGV Capital and First Round Capital offered up $9 million for the startup’s first institutional round of funding. Read the blog post.

News kiosks were traditionally where people got their morning news, glancing over an array of titles before selecting a few (or none) to buy. Lekiosk, a French digital newsstand for iOS, has raised $7.1million. The platform serves as a digital magazine where users can browse, sample, and purchase titles from a “rotating virtual news agent.” There are currently 100 publications available on the platform, including the BBC and Conde Nast. Users can either make single magazine purchases or pay for a monthly subscription. It is available in France and the UK, and today is announcing its expansion to Italy. European financial firm CM-CIC Capital Prive and FSN PME, an investment fund launched by the French State, invested.

Google Ventures’ latest portfolio company to launch is HomeLight, a startup that’s all about buying and selling real estate. More specifically, it helps you find the real estate agent — the best one for your price point and neighborhood and experience level — and agents only pay for the service if they end up with a new client out of the process.The startup has raised a total of $1.5 million, all announced today, from Google Ventures, Crosslink Capital, Innovation Endeavors, and a handful of unnamed angel investors. Read more on VentureBeat.