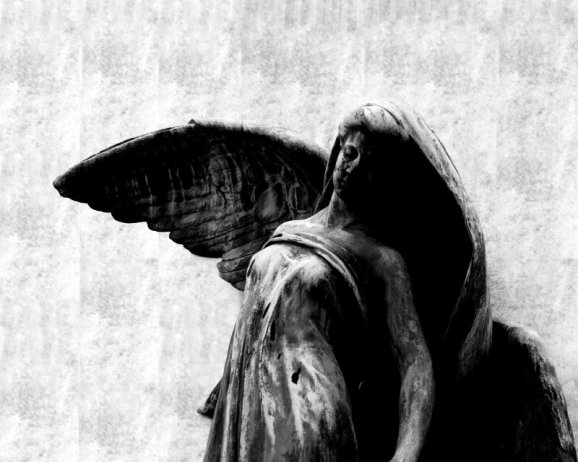 Six months ago I called the Director of Business Development for a well-respected angel group in California and told him about my company, CircleUp, an equity-based crowdfunding platform that would allow his angels to invest into private companies.  He had no interest in talking, saying “our angels wouldn’t be interested in something like this.”

30 days later, several of “his” angels invested through our platform (they had heard of CircleUp through word of mouth). As it turned out, his angels loved us because we gave them access to quality dealflow they would not have otherwise seen.

Crowdfunding has the potential to dramatically increase the ~$23B Angel investment market in the US and the ~$25-50B informal investing market (basically friends and family). It will lower the cost, in time and minimum investment size, to make early-stage investments, and thus expand participation in early-stage investing.  Heads of angel groups, many of whom are responsible for providing the group’s “proprietary” dealflow, and so-called “Super-Angels” will likely need to adjust their model with the coming disruption.

Over the past decade there has been a dramatic shift in the early stage funding landscape.  VC funds have raised larger and larger funds.  According to Tom Grossi of CNNMoney, a significant trend over the past decade has seen limited partners (LPs) to the VC industry concentrate “ever more capital among fewer firms with larger funds.”  As fund sizes increase, investors face two challenges. The first is a challenge of expected investor returns: Typically larger fund sizes come hand-in-hand with larger equity checks and later-stage investments, when businesses are less likely to provide out-of-this-world returns. The second challenge of fund size growth is that minimum LP commitment to the fund increases in tandem. Individual LPs who historically would have been able to participate in a small early-stage focused VC are now excluded because they can’t meet minimum thresholds of participation.

Largely in response to these trends, angel investing has grown significantly. But a market where only angels swoop in to provide necessary seed and early-stage capital is problematic.

The angel market is much less efficient than established venture capital. According to the Angel Capital Association, most angel investments happen locally — sometimes because of a desire to be close to the entrepreneur, but often because the deal was sourced through word-of-mouth, or even to support their local community. Sourcing is very difficult, in part because of the historical ban on general solicitation (lifted by the JOBS Act but not yet effective).  Angel investments have historically been conducted through personal networks (something that will shift with the JOBS Act’s lift on the ban on general solicitation). The typical Angel process includes lots of meetings and introductions – without a central location for buyers and sellers to come together.  AngelList is making a big push to bring the stealthy world of seed investing out into the public. We applaud them for this. But proprietary deal flow is still a hallmark of the industry, and leaves newer funders with less established track records in a weak position.

To summarize, angel investing is inefficient and rewards established players.

Crowdfunding solves this, by making it more efficient for companies to generate interest and source capital, and providing better access and deal flow for the vast majority of the angel investors who have yet to build their name in the industry. By creating a simple and open marketplace for early-stage fundraising, crowdfunding sites (like CircleUp) attract entrepreneurs who would rather focus on growing their business than on shaking hands at networking events.

More specifically, they also help CEOs in industries that are notoriously underserved by existing angel investing networks or venture capital firms.  Crowdfunding will allow more businesses a larger public platform, and it will provide more investors access to opportunities across industries and geographies. And all the while, it will minimize inefficiency and the knowledge gap between buyers and sellers of equity.  Our view, and that of our largest investor, Clayton Christensen, is that a disruptive innovation is one that expands participation in a market by lowering the cost to participate in that market. Crowdfunding does that to the Angel industry.

So should VCs be as concerned about crowdfunding’s growth as angels?

Not really. Where crowdfunding threatens the traditional Angel model through increased competition for deals and weakened proprietary sourcing, it won’t have an impact on VCs. Venture capital firms are traditionally focused on certain industries. More than 30% of Venture Capital invested in 2011 went into the software industry, and large portions of the rest go to healthcare, and biotech. What do all of these sectors have in common? The huge contribution of technological sophistication and intellectual property core to the business model.

Technology is attractive to VCs because of its risk/return profile. With relatively small capital investments, high performing talent, and a short amount of time, these businesses can quickly create significant returns for the fund. VC firms are actively looking for the next best technology start-up, seeking to put a dent in the large capital overhang that still exists in the industry.  Because of their deep pockets, and because they provide value-added services to their portfolio (recruitment, strategic advice, etc), companies in relevant sectors will, and likely should, always pick taking money from a VC firm over a crowdfunding site.  These firms have more resources to continue to help companies post close.

If a company went through an incubator or is accepted by groups like Techstars or Y Combinator, that company has made its way around Sand Hill.  It likely has the attention of hundreds of VC firms and thousands of tech angels.  If it can’t raise money from that group, it sends a signal to the market that some of the smartest guys in the industry have passed.  Sure, a tech company can come limping to a crowdfunding site afterward hoping to have a successful raise, but smart individual investors understand adverse selection, and know that they should pass as well. That’s why you won’t see many A-list technology companies trying to crowdfund. It just doesn’t make sense to go head-to-head with VCs and expect to land the better deals.

The democratization of early-stage investing through crowdfunding has the potential to level the playing field, disrupt the Angel industry, and in the process provide huge new benefits to entrepreneurs and  investors. It will likely make early-stage investing more efficient, and increase the total funded capital of start-ups.

But when it comes to Venture Capital, those technology businesses that are interesting to VCs will always take their money. And those tech companies that can’t get VC funding likely won’t get it from crowdfunders either.

This is a guest post by Ryan Caldbeck, CEO of CircleUp, the largest equity-based crowdfunding platform in the US.