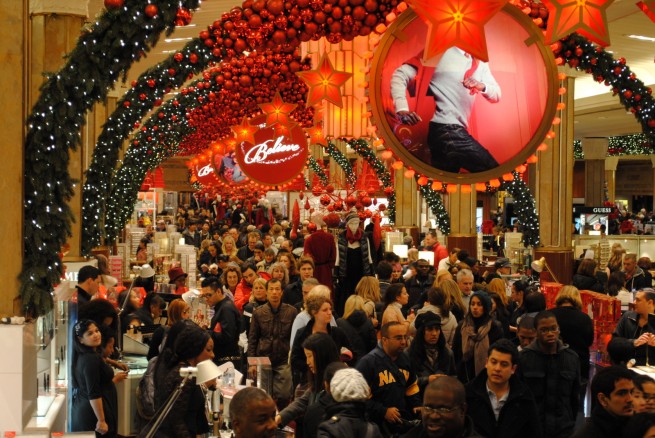 In the battle between made-up consumer holidays, it looks like Black Friday still reigns supreme on mobile devices.

When it comes to increases in usage, mobile apps from Amazon, Newegg, and Gilt all saw significantly higher gains on Black Friday compared to Cyber Monday, according to data compiled by the mobile data compression company Onavo.

The findings throw some water on the hype from eBay and Paypal, which were trying to make the term “Mobile Monday” replace Cyber Monday given the performance on their apps. Onavo’s data, which is compiled anonymously from more than 100,000 US iPhone owners running the company’s compression app, shows that eBay’s mobile app did see a rise on Cyber Monday — but for other popular shopping apps, that was far from the case.

No matter what you think of annoying shopping holidays, it’s hard to deny the increasing importance of mobile shopping for online retailers. 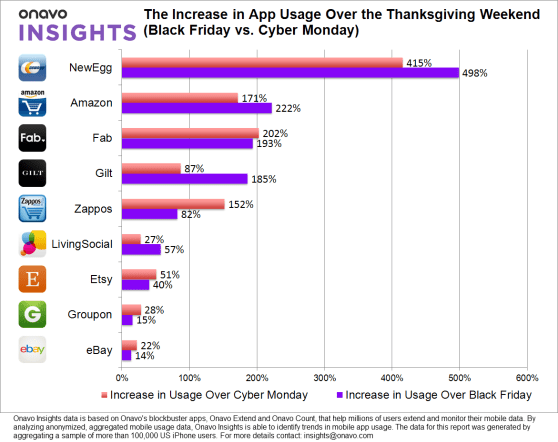 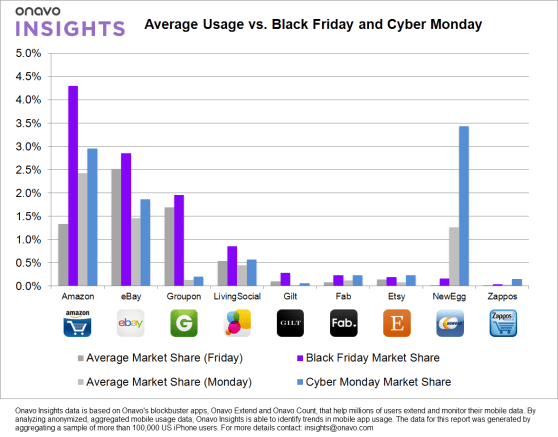