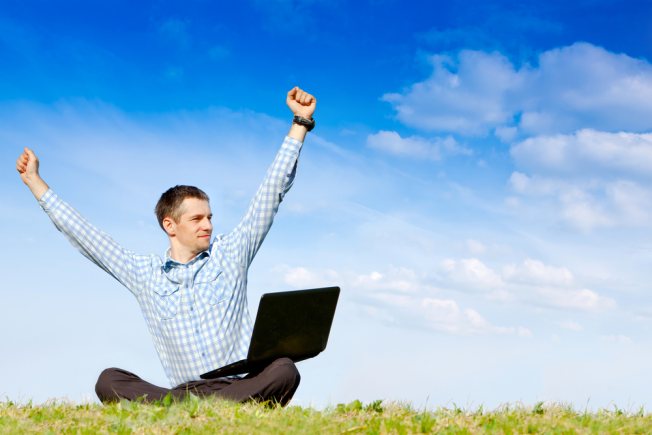 Liran Kotzer is the chief executive of DoNanza, a one-stop shop for freelancers looking to find work and win new clients.

With tech-related projects accounting for nine of the top 10 most common job requests on DoNanza, freelancers working in technology have noticed some interesting trends over the past two years. One of the most significant trends is the fluctuation in demand for iPhone, iPad and Android-based skills.

With the growth of the TaaS (talent-as-a-service) phenomenon there have never been more opportunities for the 42 million freelancers in the US. As well as the benefit of choosing their own hours and location of work, freelancers can also use their existing skills – and develop new ones – to make sure they can connect with the right clients and have a greater control over their income.

Freelancers need to be aware of the shifts in demand for skills — and the relative rewards on offer — in order to maximize their chances of winning work and making money, and nowhere is that more true than in the technology sector.

The data shows that there was a significant spike in demand for iPhone skills in October 2011 – the month that both the iPhone 4S and iOS 5 were announced by Apple.

While there was also a significant spike in demand for iPad skills in the same month, prompted by the introduction of iOS 5, there was also a dramatic rise in January and February 2012, shortly before the launch of the third-generation iPad. Peaks in demand for Android skills coincided with the March 2011 launch of version 3.0 (Honeycomb) and version 4.0 (Ice Cream Sandwich) in October 2011.

App development has been a big growth area in terms of both the number of job requests we’re seeing and the average rewards on offer at DoNanza. The fact that many development projects are outsourced to freelancers rather than kept in house show the fast-moving nature of the process of creating apps and the need for development houses to pick out the best talent for a particular job, rather than hire full-time developers to work across multiple platforms.

When it comes to the rewards on offer for iPhone, iPad and Android skills, it’s freelancers with Apple skills that have really seen the benefit. Since 2010, there has been a 36.9% increase in the average rewards for iPhone-related jobs, and a 13.9% increase in the past 12 months. For the iPad, the rewards have also increased – 28.6% since 2010 and 5.8% in the last year.

Android-based projects, though, haven’t seen as much of an increase in reward, despite a 93.2% increase in demand since 2010. While on average an Android-related job’s reward is 15.5% higher than in 2010, in the past 12 months the average reward for Android projects has actually dropped by 12.2%.

That’s not to say the outlook is bleak for Android devs. Google is keen to get more developers working with Android in the near future – with particular regard to tablet apps. So we expect to see a further increase in demand for Android developers, and the rewards on offer may rise in accordance.

One of the most significant trends on the web in the past few years has been the rise of HTML5. While there is a still a buzzing debate about whether native apps or responsive websites are the way forward for the web, the rise of HTML5 has coincided with the decline of a technology that it has often – rightly or wrongly – been singled out as the replacement for – Adobe’s Flash.

The high number of requests for Flash skills suggests that it is far from being a dying technology. However, the rate of decline in job requests is a concern for those with skills in this area – the fewer jobs there are requiring these skills, the more competitive the market becomes. Freelancers working in this area may also see rewards for these jobs declining – the rewards only grew by 2.4% in the past 12 months, which suggests that the corner has been turned.

Interestingly, though, rewards for those with skills in HTML5 declined by 10.7% in the past 12 months, despite an overall rise of 11.4% in the past two years. This suggests that the market for HTML5 skills is crowded, so freelancers have had to lower their rates to stand a better chance of winning clients and work.

Demand and reward in the tech freelancing sector

The most in-demand tech skills at the moment revolve around web design and web development. When it comes to the fastest growing demand, video- and mobile-related skills feature heavily. But when it comes to the biggest growth in rewards, traditional programming languages such as C/C++ and C# are the key areas.

If you are a freelancer working in tech, it’s vital that you recognize the need to improve your skillset if you want to put yourself in with the best chance of getting the best clients or the highest rewards. The data shows that there is still good rewards for skills in technologies that have been around for a while – however, these rewards will decline if there is a decline in demand for them.

Don’t be too hasty to learn new skills in big growth areas, though – as we can see with HTML5, a glut of qualified freelancers in a particular area leads to increased competition for jobs and a decline in reward. If you want to diversify your skillset, then make your choice wisely.

Of course, if you work in a competitive field, there are other things you can do to make yourself stand out from the competition. Always be professional in your dealings with clients, use the available online tools to make your business more efficient so you can spend more time connecting with clients and consider advertising your services online – as well as the most effective way of doing this.