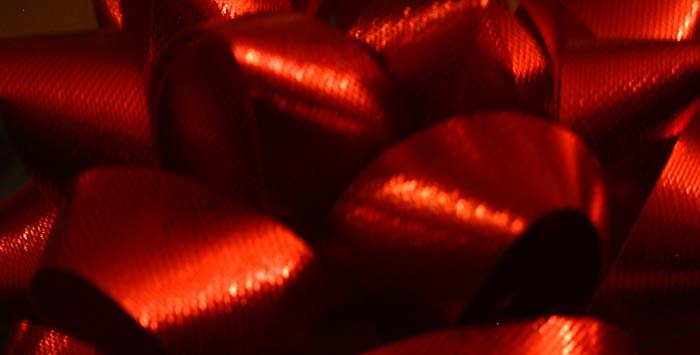 It is the first Funding Daily in December. The holiday season is upon us and its gets dark right around 5. I’ve heard that later in the month around the holidays, the news slows down, but that certainly hasn’t happened yet. It was a busy Monday today and investors are as interested in finding deals as coupon-clipping moms. Check out the 11 hot items below, wrapped up for you in a festive bow. Fo’ Sho’.

Smartsheet gets $26M to keep enterprise workflow under control

Smartsheet pulled in $26 million in investment for its online collaboration software for businesses. Smartsheet provides a suite of tools to help teams stay organized, as well as department-specific solutions (Sales, Marketing, Finance HR, IT, Operations). This investment came from Insight Venture Partners and Madrona Venture Group. It makes Smartsheet’s fourth round of funding. The three previous rounds were small by enterprise standards, totaling up to less than $5.5 million, and this $26 million is a significant show of faith in the company, as well as the market. Read more on VentureBeat.

Knoa Software raises $7.5M to be IT Big Brother, in a useful way

Cloud company Knoa Software raised $7.5 million to grow its platform that provides insight into network, hardware, and infrastructure performance. IT teams can see how users interact with enterprise systems, and can use this information to improve user experience. Knoa’s customer list is a roster of Fortune 50 companies, including IBM, Siemens, Johnson& Johnson, Pfizer, Kraft, Merck, Disney, and Coca-Cola. Existing Investors Ascent Ventures and FA Tech contributed, along with new investor Advantage Capital Partners and Rand Capital. Knoa Software is based in New York. Read the press release.

TourWrist swept the awards at the Travel Innovation Summit two weeks ago and now, the startup has $1.25 million in funding to add to its sparkle and shine. TourWrist is an iOS application where users can rate, label, and submit 360° panoramas. People use the platform to share their photography and to check out travel destinations, homes, and businesses.

Thayer Ventures, which focuses on hospitality-centered startups, and General Catalyst Partners participated in this seed round, along with angel investors. General Catalyst first invested $250K after TourWrist won the General Catalyst Award for Travel Innovation. Combined with $500K from a friends-and-family round, this brings TourWrist’s total amount raised to $1.75 million. Read more on VentureBeat.

Matter Ventures launched a media accelerator program today for entrepreneurs that are making society more informed, connected, and empowered. The program is run in conjunction with founding partners KQED, the public television and radio station in the San Francisco Bay Area, and the journalism nonprofit the Knight Foundation in an effort to revolutionize the media industry.

Matter Ventures is backed by a $2.5 million fund, pooled together by KQED and the Knight Foundation, each investing $1.25 million. The fund will support four classes of five startups over the course of two years. Applications for the first class are due on Jan. 6, and entrants into the program will receive $50,000, workspace, and go through an intensive, four-month “design thinking and entrepreneurship bootcamp” consisting of workshops, mentorship sessions, and reviews. Read more on VentureBeat.

You’ve heard of SaaS and PaaS, but what about TaaS? Plivo, a Y Combinator startup that provides telephony-as-a-service, nailed down $1.75 million in investment to take on Twilio. Plivo provides a hosted voice and messaging platform that enables developers to integrate multiple methods of communication into their applications via APIs. Rather than relying on phones, external networks, hardware, and carriers, companies can bypass the middlemen using a few lines of code. Andreessen Horowitz, Battery Ventures, Qualcomm, and SV Angel invested in this round. Read more on VentureBeat.

TrueLens builds consumer dossiers with clues from the social graph

Google Ventures put $1.2 million into TrueLens, a company that offers customer intelligence solution for marketers. The flagship product is called Socialgraphics. It analyzes social media data to create individual customer records with information about their intent, interests, and influence. Brands can use this data to be highly targeted with their campaigns. For example, the technology helps a ski apparel brand find customers that are demonstrably interested in skiing. In addition to Google Ventures, Charles River Ventures, Common Angels, 500 Startups, and Boston seed, as well as angel investors, participated in this round. TrueLens is based in Boston.

No-one likes elevator music, which is why Directly spend a year creating an alternative to traditional customer service. Directly crowd sources customer support from its community of 3,000 experts. Rather than operating through impersonal and complicated corporate channels, a consumer with an issue posts theirt query on Directly. Relevant experts are alerted on their phones an compete to provide the best answer. Once the question is answered, users follow up with the most helpful respondent. In exchange, they rank the experts and can offer a tip or a cash reward. Now that it is out of stealth mode, Directly also announced $1.7 million from True Ventures and angel investors. Read more on VentureBeat.

Things are heating up down under. Australian company PageUp People officially announced a $10 million deal with Accel-KKR to continue global expansion. PageUp People is a HR platform that multinational employers use to “align their talent resources to execute corporate strategy across borders.” The software has tools for recruiting, performance management, compensation, training & development, analytics and more. Clients include more than 90,000 HR professionals around the world, across a range of industries. PageUp People is headquartered in Melbourne, with offices in Sydney, London, Shanghai, and Atlanta. Read the press release.

Fitness Interactive Experience (FIX) is a developer of multiplayer, online games that make fitness fun and accessible. The company is working on an interactive social media platform that gamifies exercise in order to promote a healthy lifestyle. Its first game is called UtiliFIT and beta testing will begin in the next few weeks.  Utilifit is a mobile game that challenges players to compete in micro-physical challenges throughout the day. Louisiana venture capital firm BVM Capital invested an undisclosed amount in the seed round.

For many years, “wellness” was the domain of hippie folk with bowls with long braids and granola scattered about their person (I say that with love, I am guilty of both). MindBodyGreen is an online community that seeks to mainstream wellness by publishing articles, tips, news and interviews to create a dialogue around holistic health. The content is user-generated, but also curated by the editorial team. MindBodyGreen has closed its first round of financing, pulling in $635K from a group of angel investors including yogi celebrity Tara Stiles.

Stealth startup Talko has raised $4 million, according to an SEC filing. Little is known about Talko other than it is founded by Ray Ozzie, Microsoft’s former chief software architect. The little that is known about Talko indicates it is a startup focused on the backend of mobile apps and services. Talko was formerly known as Cocomo. Read the filing.