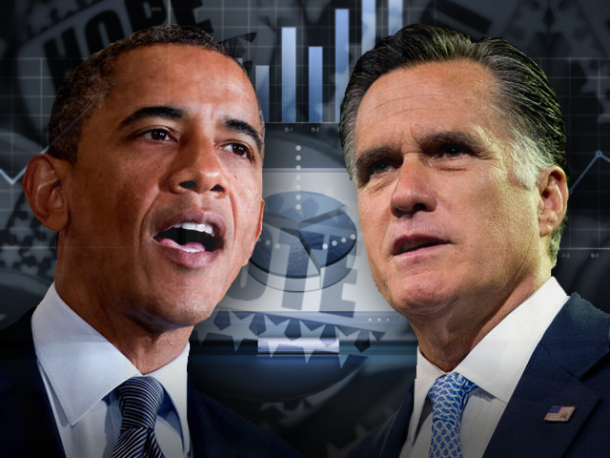 We’ve been hearing since 2008 that the Internet in general and social media in particular was going to play a huge role in political elections. In 2012, that promise finally came to fruition.

We saw campaigns come to life and die wretched deaths over a well coordinated Facebook following or an untimely YouTube video. We saw memes spring up to celebrate our heroes and ridicule our opponents.

And finally, we saw social media used as never before, not just to spread the word about election-night outcomes but also to announce the results of our presidential election.

Here are the top 10 moments from Washington’s 2012 in social media.

The story: “Obama’s pinning actions, while no doubt essential to spreading more colorful, personality-infused messaging, will likely be a bigger boon for the social networking site than for the campaign. Consider this yet another defining moment for the still-small, 30-person, Palo Alto-based company.”

According to Facebook stats, Ron Paul was highly favored to clean up in early Republican primaries. Unfortunately for Ron Paul, what happens on Facebook and what happens in the GOP establishment are two different things, as we found out very early in the campaign.

The story: “Both Socialbakers and Sociagility predicted that, based on activity from Facebook, Twitter, and YouTube, Ron Paul was the favored contender in the Republican race by a significant margin. Even Google’s elections hub showed Ron Paul trending higher than other candidates in search and garnering more YouTube views than most of his competitors. … According to social media data guru Niall Cook, ‘Mainstream media is more a polished mirror of real life, and social media is still distorted and fragmented, like a fairground hall of mirrors.'”

On election day, Mitt Romney’s campaign was counting on Project Orca, a huge undertaking intended to give on-the-ground volunteers and campaign managers accurate, real-time information about voters. This information would then enable the Romney campaign to respond quickly, mobilizing voters and calling them to action when and where they were most needed. The whole plan fell apart, however, due to a colossal tech failure.

The story: “But numerous Orca volunteers complained that their passwords didn’t work, that they didn’t know to use the https:// prefix to access the Orca site, and that the Orca site crashed often throughout the day. This indicates Orca wasn’t tested under real-world conditions before election day, a serious flaw in what was supposed to be a state-of-the-art system.”

This wasn’t a big news story, but the VentureBeat staff (and about half the Internet) got a huge kick out of Texts From Hillary, a meme all about our badass Secretary of State. It started with a picture of the nonplussed Clinton, BlackBerry in hand, on a military flight to Tripoli. While the photo was snapped in late 2011, the world really took notice in April 2012, when the Texts From Hillary put words in the former Senator’s SMS.

The story: “After a week that included 32 posts, 83,000 shares on Facebook, 8,400 Twitter followers, over 45K Tumblr followers, news stories around the world, Renee Montagne from Morning Edition saying “ROFL,” a Maureen Dowd column, and a tweet from ?uest Love, we think it’s time to stop while we are ahead. As far as memes go – it has gone as far as it can go. Is it really possible to top a submission from the Secretary herself? No. But then when you get to text with her in real life – it’s just over.”

Take a roomful of excited Republicans, a silver screen legend, and an empty chair. Put ’em all together, whaddaya get? Invisible Obama!

The story “Yes, Oscar winning actor and director Clint Eastwood tonight had an emotional back-and-forth with an empty chair. The explosive growth of the @InvisibleObama Twitter account further proves that nothing escapes the Internet’s love of awkward public failures. Eastwood’s speech had all the makings of the perfect meme: It was unexpected, completely organic, and judging from the response on social media tonight, it will likely end up being the most widely remembered speech tonight.”

If you needed convincing that our Nerd In Chief is, in fact, a nerd (or at least surrounded by nerd-staffers), look no further than this little item. As part of his presidential campaign, Obama headed over to Reddit to field questions and give real answers on the self-proclaimed front page of the Internet.

The story: “Obama started off the AMA [ask me anything] with a note about Hurricane Isaac, which is currently hitting the Gulf and Southeastern regions of the United States. … Thus far Obama has nearly 500 comments, many of which are questions about the Space Program. Many others are demanding a better “confirmation” photo from the POTUS.”

In liberal publication Mother Jones‘ finest moment in a decade or more, its journalists found a recording of candidate Mitt Romney making some rather high-handed remarks about working class Americans. The now-infamous “47 percent” video put a stain on a campaign already troubled by class issues.

The story: “To be fair, you can’t easily respond to a social media firestorm like this via social media. The Romney campaign’s best hope is to wait for the furor to die down and then wait for Obama to make a similarly embarrassing gaffe.”

When a hacker managed to get hold of Mitt Romney’s tax returns — documents more than a few Americans were eager to see — he held them for ransom in a most unconventional way. No, not a bucket of fried chicken.

The story: “In the letter, the hacker threatened the release of the tax returns to ‘all major news media outlets’ if the $1 million Bitcoin ransom is not received (the hacker also politely suggested people should ‘Google it if you need a lesson on what Bitcoin is’). The person also set up a bit of a race for Romney: first to pay the sum will receive the goods.”

In a win for big data, analyst Nate Silver won the hearts of nerds and data scientists around the globe by correctly calling the election outcomes of all 50 U.S. states.

The story: “Silver attracted disdain from bloggers on the right this election season, who said that the polls he was using to average and weight had been skewed. One of his most prominent critics, blogger Dean Chambers, admitted to Business Insider that Silver had it right.”

With one tweet, Obama broke tech records and political ones. Saying simply “Four more years,” the tweet carried the news of the election’s outcome around the globe faster than many news networks were able to call their own outcomes.

The story: “Last night, I stood in the middle of a buzzing TV newsroom. Producers scrambled, directors’ voices squawked into anchors’ earpieces, and pandemonium ensued as the so-called “razor-thin” margin suddenly swung in one candidate’s favor and the news networks started to call the race. Then the President ended all speculation by calling the race himself. On Twitter.”