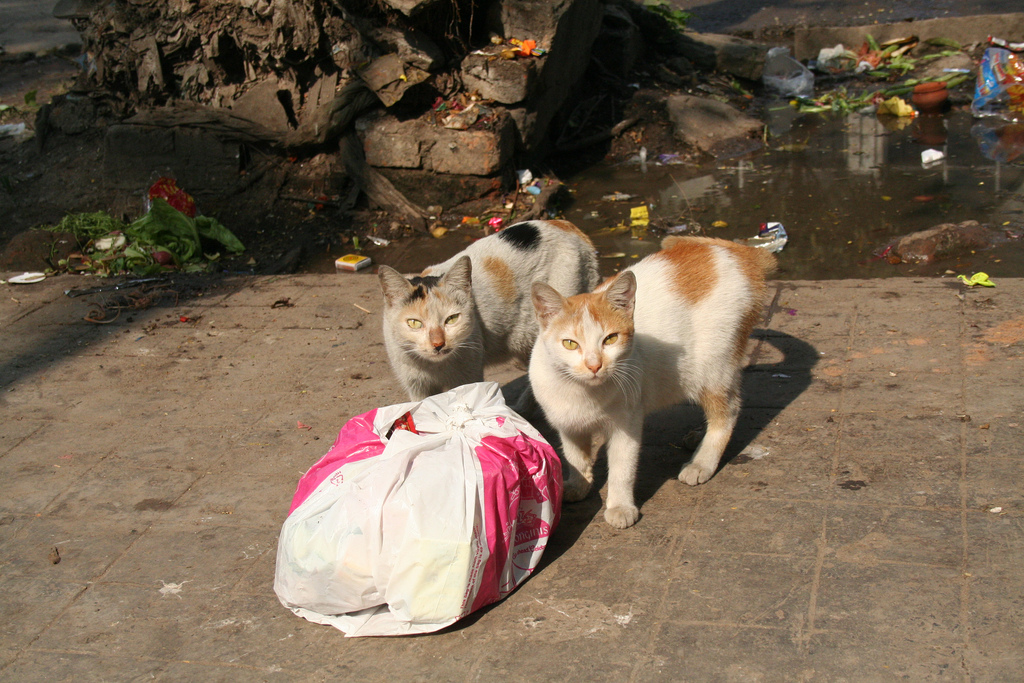 A combination of forces got me thinking about the time I spent in traveling in India. I covered a company hotel metasearch engine, as well as a fund dedicated to startups that empower people at the “bottom of the pyramid” in India. Then, I had a discussion with a coworker about backpacking around Asia and realized I am currently wearing a shirt purchased from a street market in Mumbai. It never ceases to amaze me how what seem like two separate modes of existence continuously connect in unexpected ways. Except in India, I didn’t have 24/7 access to cat memes. Life really is rough there.

Love it or hate it, Buzzfeed just got $19.3M for its crazy take on news

Social news site Buzzfeed has raised $19.3 million in its third round of funding. New York City-based Buzzfeed has made a name for itself online with its mix of breaking news, animal photos, clever one-page slideshows, and long-form politics and technology coverage. But Buzzfeed wants to do more. With its new cash on hand, it plans to hire new employees, improve its presence on mobile devices like phones and tablets, and likely launch international versions of its site. The new round was led by New Enterprise Associates, and prior investors RRE Ventures, Hearst Interactive Media, SoftBank, and Lerer Ventures all threw in more capital this time than they did during the last round. Michael and Kass Lazerow, co-founders of Buddy Media, jumped in as new investors. Buzzfeed has raised $46.3 million including today’s round. Read more on VentureBeat.

When Andrew Sullivan announced yesterday that he would be leaving The Daily Beast, he didn’t know if people would pay an annual subscription to read his new independent blog. Now he knows the answer is a resounding yes, with $333,333 raised in the past 24 hours. Sullivan has been blogging for more than 10 years about politics, culture, and life in the United States. He moved his blog, The Dish, from The Atlantic to The Daily Beast in April 2011. But now he will operate it independently with a small staff. Sullivan set a goal of raising $900,000 a year to maintain the current standard of his blog and to do it without advertising. Read more on VentureBeat.

Hotel metasearch engine Room 77 has raised $30.3 million in its third round of funding. New investor Expedia.com led this round. Room 77 scours hundreds of web sources to find the best hotel deals based on the user’s requirement. In addition to basic search requests, Room 77 also has data on information like room size, noise level, elevator proximity, and view. People with particular needs can use the free Room Concierge service to pinpoint rooms that exactly match what they are looking for. This third round includes previous investors General Catalyst Partners, Sutter Hill Ventures, CEO of Zillow Spencer Rascoff, as well as Expedia’s founder Rich Barton, former Expedia CEO Erik Blachford. Room 77 has raised $43.8 million to date. Read more on VentureBeat.

Pluralsight closes $27.5M to stave off the Great Developer Shortage of 2013

The dearth of software engineering talent was a hot topic in the technology community in 2012. Pluralsight has raised $27.5 million to bolster this small but necessary population. Pluralsight is an online education platform for software developers. It offers a selection of 400 training courses for individuals and businesses looking to boost their programming prowess. Pluralsight costs $29 a month for subscription-based access to its extensive library of articles, videos, and other training materials. This is the first time Pluralsight has taken outside investment. The support from Insight Venture Partners will enable Pluralsight to meet the high demand for content and expand its library. Read more on VentureBeat.

Leap Motion announced a ground-breaking partnership with ASUS this morning. With this deal, Leap will bundle its computer-controlling hand gesture technology with PCs direct from the manufacturer for the first time. And the company unveiled a new $30 million funding round from existing investors, including Founders Fund and Highland Capital Partners. The partnership with ASUS will see the Leap, a device about the size of a pack of gum, bundled with select ASUS computers shipping this year.

The Leap functions much as a Nintendo Wii or Xbox Kinect but is much more precise and sensitive, tracking movements of both hands and all 10 fingers at 290 frames per second and detecting movements as small as 1/100 of a millimeter. The Leap is now available for preorder at $69.99; the retail version, when available, will cost slightly more. ASUS has not yet set pricing for its Leap-equipped PCs, however. The new $30 million funding round will help Leap Motion bring the technology to other OEMs and to retail channels later this year. Read more on VentureBeat.

The Unitus Seed Fund pooled together over $8 million to invest in startups that serve low-income consumers in India. These companies will focus on providing economic self-reliance, education, and basic necessities to people living at the bottom of the economic pyramid. Social entrepreneurship and emerging internet markets around the world open up wide opportunities to leverage technology in a way that can significantly and positively impact people’s quality of life. The USF will invest in entrepreneurs whose target consumers are part of India’s population of 800 million low-income citizens, but also have a scaleable business model. Founding investors of the fund include big names like Mike Murray, Jeff Clark, Vinod Khosla, 500 startups, and Bob Gay. Read the press release.