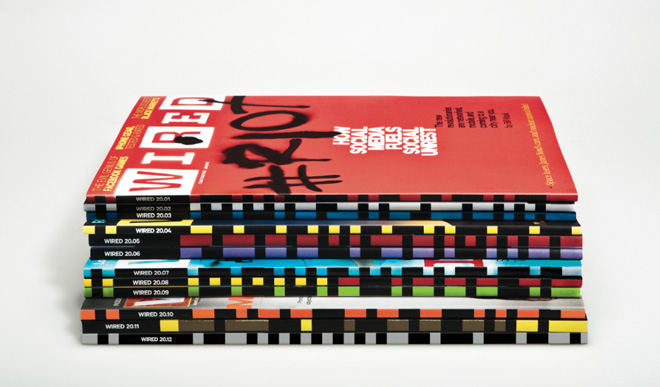 Wired is one of the first big magazines devoted to technology and the Internet, so it’s fitting that it’s generated half its ad revenue from the web in Q4 2012 — a first for the magazine.

The news was part in an invitation to meet new Wired Editor-in-Chief Scott Dadich at the Consumer Electronics Show next week.

“Join me in celebrating a major milestone for the Web site: We just booked 50 percent of our ad revenue on the digital side during the last quarter of 2012,” wrote Wired.com Editor Evan Hansen. “Yes, the beams are about to cross at Conde Nast, but we’re not expecting the world to end. Just the opposite, actually.”

The 20-year-old magazine first made a serious attempt to concentrate on digital sales in 2006 when media giant Conde Nast purchased the Wired News website for $25 million. At that time, the publication was generating a mere 10 percent of its revenue from the web, Wired tells VentureBeat.

Wired said the majority of its digital ad revenue (90 percent) comes from the website, but revenue from tablet apps and digital magazines is growing. That makes sense considering the influx of affordable tablets on the market as well as Conde Nast’s success on digital stores like Apple’s Newsstand.

“Hitting 50 percent is proof that there is a successful template inside of this industry that can be followed by others and that having a magazine doesn’t necessarily need to be an analog anchor around your technological neck,” Wired publisher Howard Mittman told AdAge.

It’s worth noting that the 50 percent digital revenue share also didn’t come as a result of a decline in print advertising sales. While total print ad pages did experience a decline in 2012, the company also raised its base ad sales rate, meaning print revenue stayed flat.